What a day of highs and lows. Started early - after a difficult week without fieldwork I had to get away and went birding this morning. Really felt like going to Ma'agan Michael - some decent birds had been seen there in previous days, but the drive is too long and decided to stay close and check some sites near Ashdod... First checked the gull ponds - some early shorebirds (Marsh, Green, Common Sands, Greenshank) and only one gull - this ugly Armenian Gull with bad eyes: 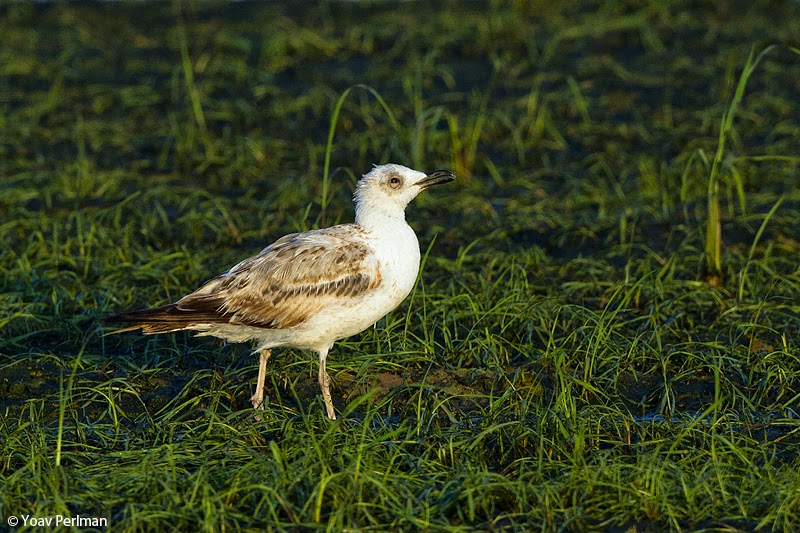 It is incredible how within few years Common Myna has become one of the commonest birds in C Israel: 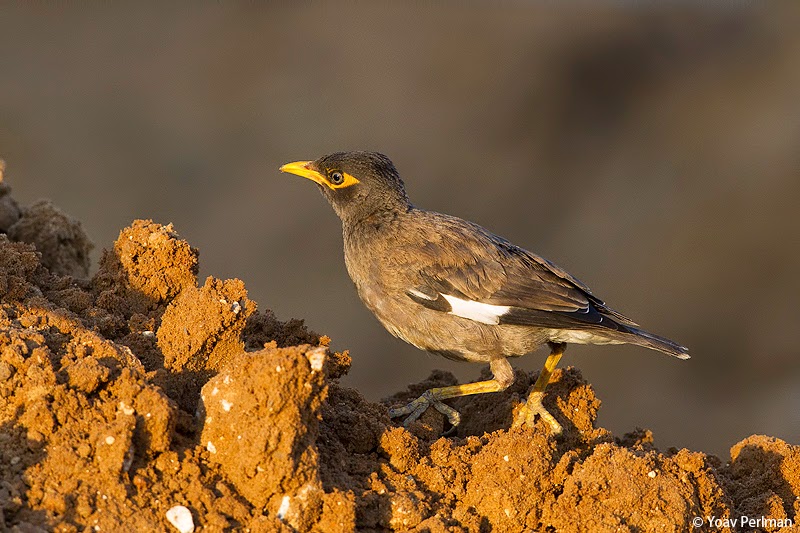 Continued checking a few more sites, seeing nothing, when the RBA alert went off - Crab Plover! Ma'agan Michael! I have a long (bad) history with this species after missing four at Eilat by 15 minutes in 1987 (I was 12 years old, actually left North Beach 15 minutes too early), and in 1997 I was in the army and couldn't get away to see them at Ma'agan Michael. So when the news of this stunner found by Eyal Bartov broke, I didn't think twice and flew at low altitude to MM. Lots of adrenalin pumping. Only to get there and learn that the bird had been flushed about 30 minutes earlier by bikers - it's a very busy public beach. It was seen flying south and out of view, and was actually seen only by the finder and by Asaf Mayrose who lives there. A large group of frustrated twitchers assembled, and together we covered about 30 km of coast, but the bird was never relocated again. Damn.
When we first got down to the beach we struggled a bit with the identification of this bird - bill structure and head pattern didn't fit very well with Crab Plover: 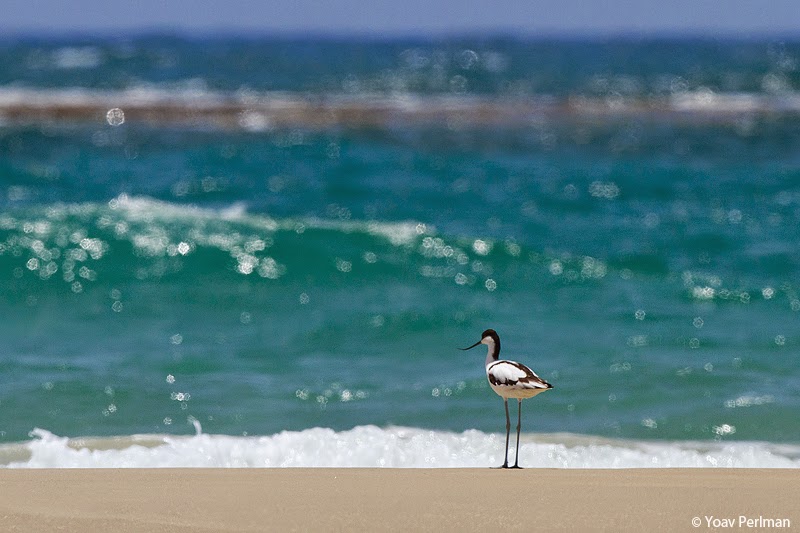 Oh well, another dip. With the history of the previous records in Israel, they never linger here, so I'll need to wait for another 15 years. 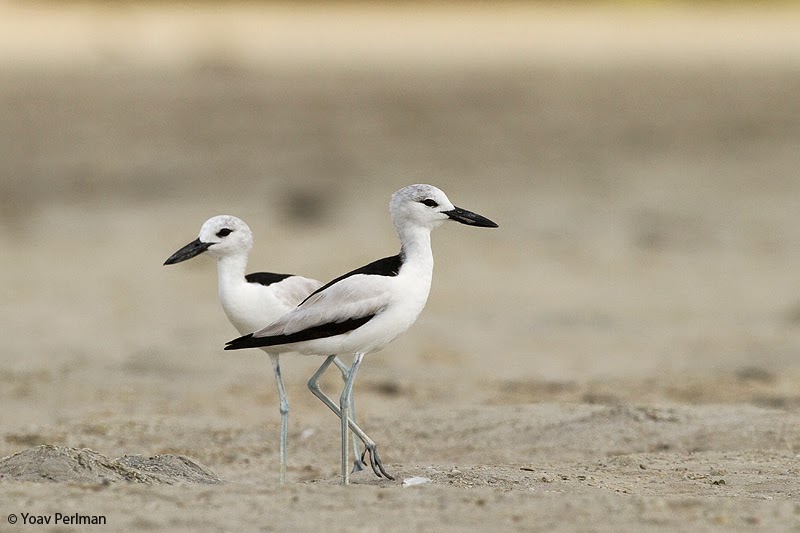