Never wait too long for a twitch

About three weeks ago, just before I went to UK, an interesting shearwater was found at Eilat by Shachar Alterman. It was first identified as a Yelkouan-type according to distant views and poor images, which is a good record - only two prior Red Sea records. However, a few days later when the bird became more settled and good images were taken, it showed in fact some good signs of Manx Shearwater, which would make a first for Israel! There was quite a lively and educational discussion among Israeli birds, mainly because both Manx and Yelkouan Sheawaters show great variation in almost every ID feature, but in the end the consensus is that it is a manx indeed.
Since I got back from the UK almost two weeks ago I was over-busy, and just didn't have time to drive down there. Yesterday morning it was still seen briefly, so I decided to hit it yesterday evening. I met up with Re'a and together we drove down. It was very hot in the Arava: 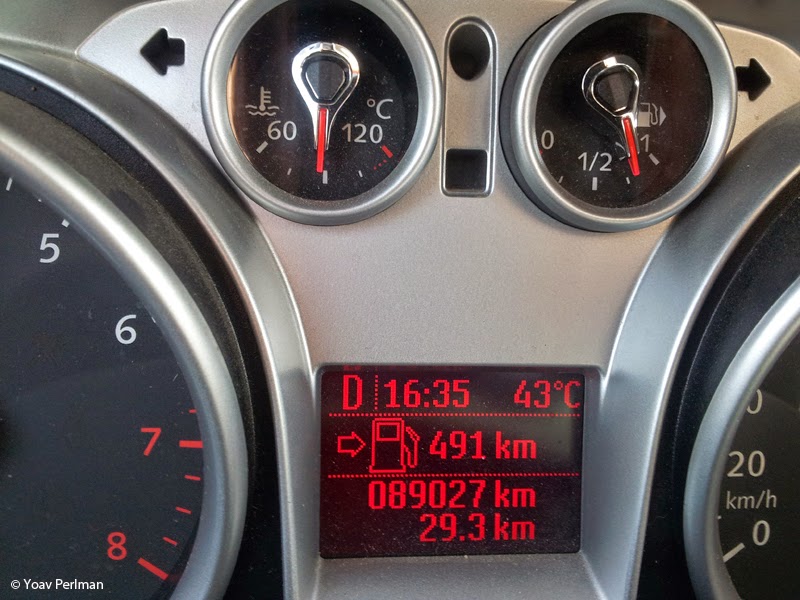 And by the time we got to Eilat the thermometer climbed up to 45. At the beach we were joined by Shachar the finder. We spent the next three hours searching for the bloody shearwater but it didn't show. It's a pity because even without the shearwater it was a good afternoon - 3 White-cheeked and 1 Bridled Terns, 1 Sooty Shearwater, 3 Arctic Skuas etc.,  but still we left back home disappointed. II am really depressed not only by not seeing the bird but by the idea that I might need to drive all the way down to Eilat in the coming days to try for it again - if it gets refound.
Arctic Skua 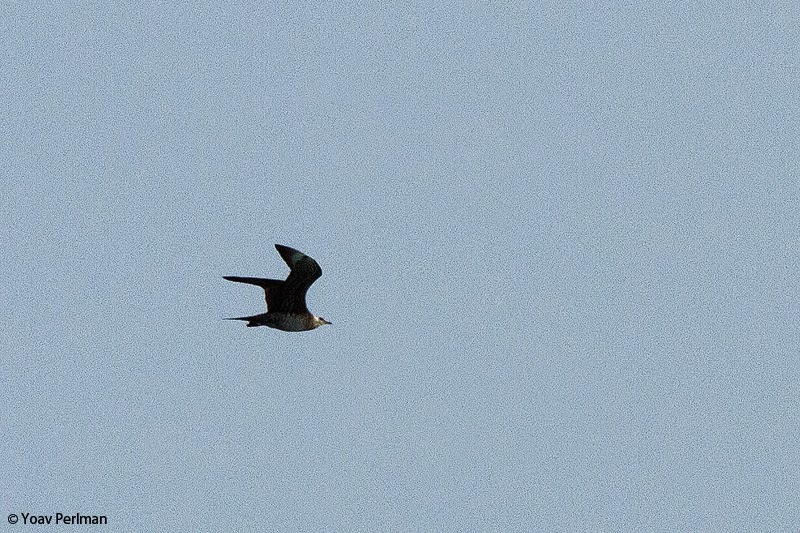 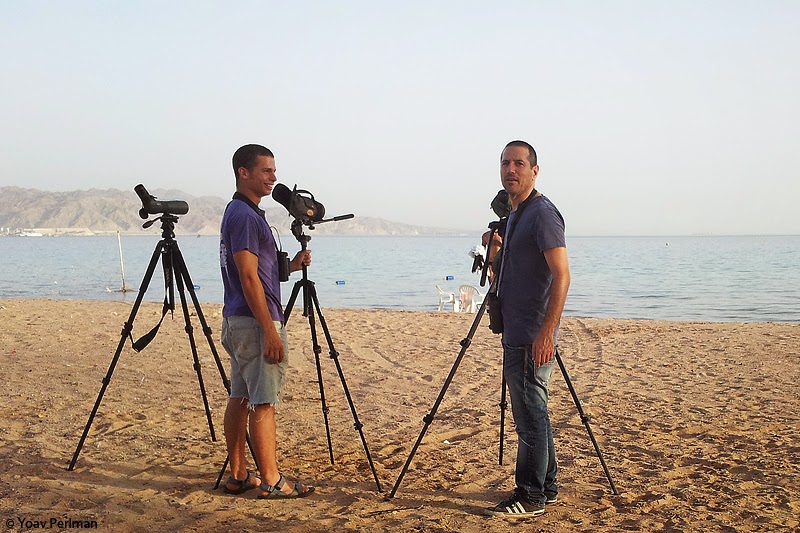