Went back to work today after a few days off with my family. BTW the new babys' name is Libby. She's great. As I wanted to avoid traffic had an hour to kill before driving to Tel Aviv, so stopped to check a very photogenic pepper field not far away from my house. Most birds in the field were local, with fewer migrants. Nothing got very close but that was OK since I wanted to keep as much of the background as possible - these colours are just fantastic - those peppers look almost like plastic.
The main customers were Spectacled Bulbuls - large numbers were seen thrashing the crops. Hope the farmer is OK with that... 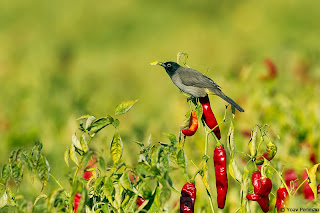 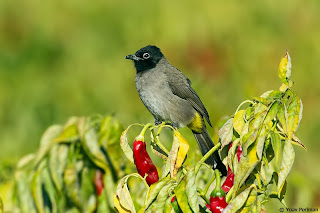 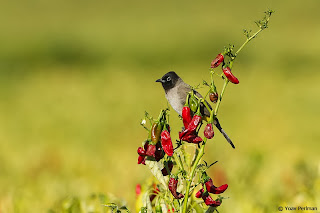 Quite many Palestine Sunbirds in the field too - they were hunting for tiny spiders I think. 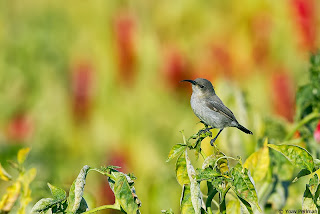 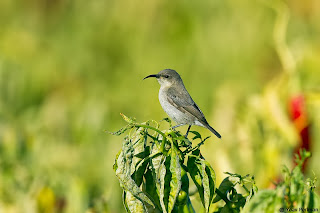 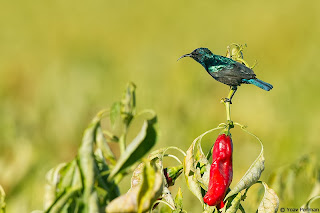 Among the migrants most prominent were many Whinchats: 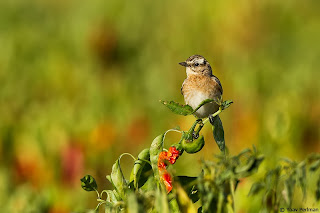 This poor guy probably won't make it to Africa - too many ticks inside that ear: 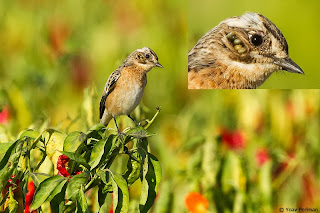 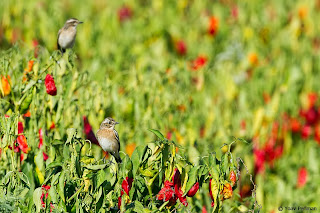 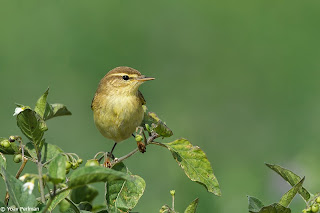 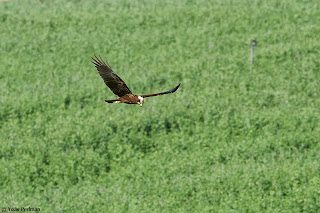 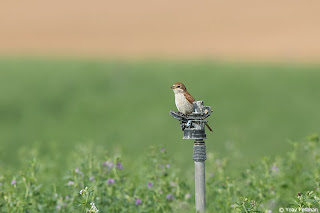 One of my favourite songs from their last album: