With a new baby girl at home, my mornings are pretty limited - I can't leave early too often because I need to take the older kids to school and kindergarten. The weather is still pretty warm, so if I want to do some morning birding I can't drive very far if I want to bird in pleasent temperatures. So my default for short birding breaks is Bet Kama alfalfa - good and close local patch. Pity most of the birds perch there on ugly sprinklers and pipes.
Anyway, this morning on my way to work did my routine stop there. The field is just exploding with African Cotton Leafworm (Spodoptera littoralis) catterpillars, and all the many birds in the field were having a feast. Almost every bird at any moment was carrying a caterpillar. A very noticeable wave of Willow Warblers is going through us again, and a late autumn peak of Yellow Wagtails was evident too. Increasing numbers of Red-throated Pipits, Stonechats, etc. Thought I had a glimpse of a Dusky Warbler but lost it in the tall alfalfa and couldn't relocate it. Will try again tomorrow. 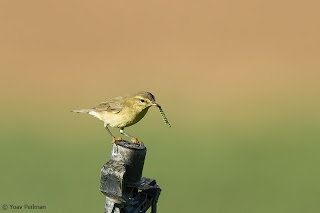 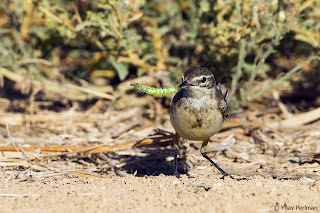 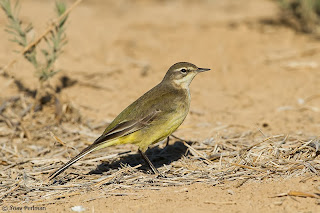 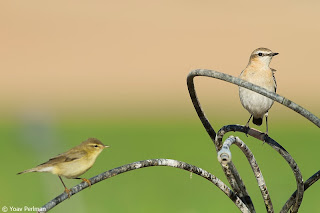 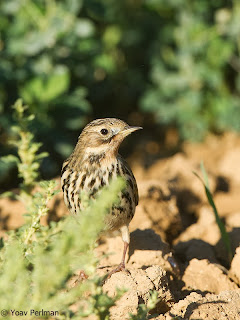 This stunning male Hen Harrier made some very determined passes over the field but caught nothing as far as I could see. Wish it was a bit closer (big crop here). 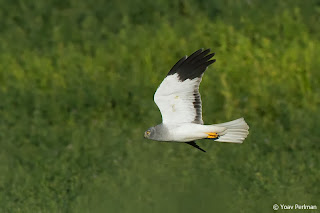 This juvenile female Eurasian Sparrowhawk was more successfull - after a brief rest on a sprinkler it continued hunting and got one pipit. 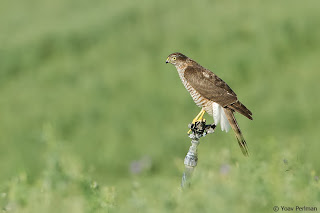 On the outskirts of Tel Aviv spotted this Greater Spotted Eagle above the highway. Stopped on the shoulders and quickly managed some pix before a lorry takes me with it... 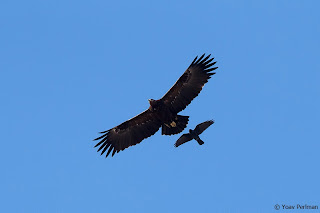