On May 28th I went to twitch the Yellow-bileld Stork that had been found by Irad Solnik the previous day at Tel Yosef fishponds, in the Harod Valley. That day I was semi-disappointed because after the intial scope views the bird disappered and I couldn't get a proper image of it.
As expected, this is a real long-stayer, and today I decided to try and get better images of it. I went with my brother Gidon who hasn't had the chance to go for it yet. Early start and 06:00 we were already on site. Took us about half an hour to locate it but eventually it showed well in an empty fishpond among many White Storks. It didn't do much, only preened a bit. Once it took a short flight - caught me out of focus and I missed the jumpshot. Light was not great, ugly dry fishpond background, but still a fantastic bird. 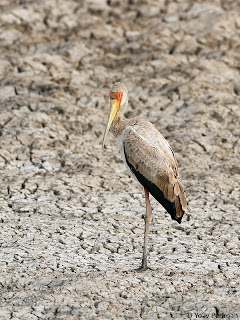 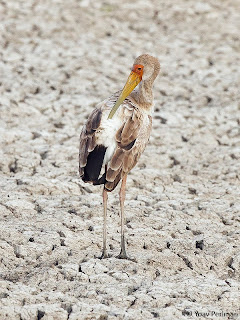 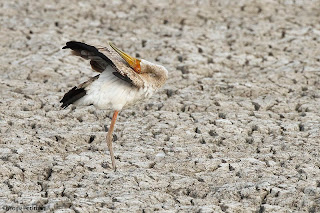 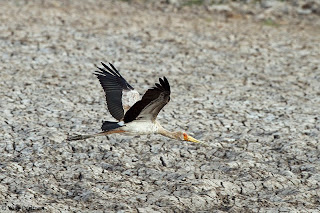 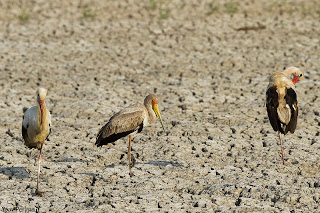 Other than that only some early tringas and Ruffs.
פורסם על ידי Yoav Perlman ב- 7:33 PM