Reflections of my Life

At last, after a long time without being able to get out to the field (family business etc.) I went to Nizzana sewage ponds this morning to count sandgrouse coming in to drink. As they arrive rather late in the morning I had some time to photograph the many shorebirds present in the main lagoon there. I spent the first half an hour of sun lying on my belly in the mud. Most birds kept their distance away from me, and the only birds that approached reasonabely were of the commoner species, but in total it was quite good and I can't complain. The water was very still of course, creating nice reflections with a pretty background. That was quite good because the birds themselves were doing nothing interesting so at least the reflections gave an added value to the images.
Again I discovered how much I hate to lay on my belly in the mud. It is not fun. My back and neck hurt like hell. I promise not to do it ever again (until next time...). 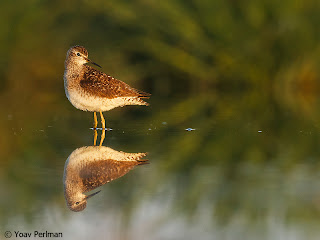 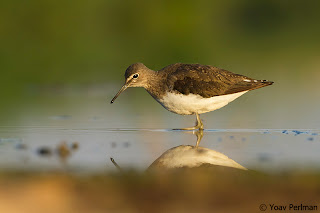 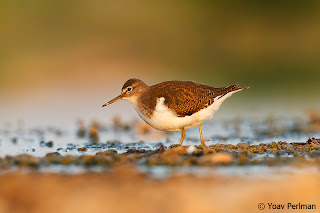 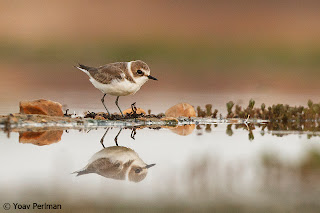 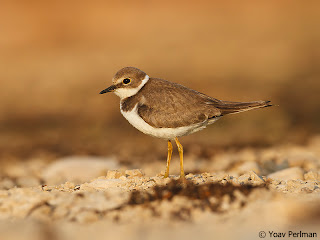 The Ubiquitous Spur-winged Lapwing (sorry for slicing the reflection) 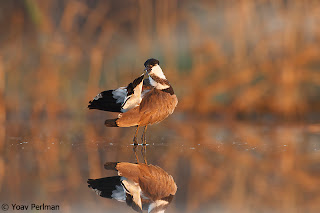 One of many Black-winged Stilts 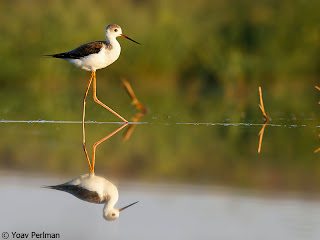 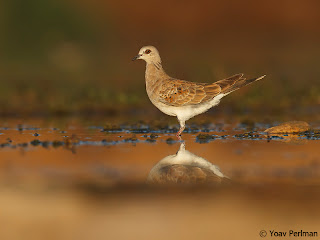 The sandgrouse show was rather poor. Numbers were lower than I expected: 51 crowned, 33 black-bellied and only 27 spotted. Bad breeding season? 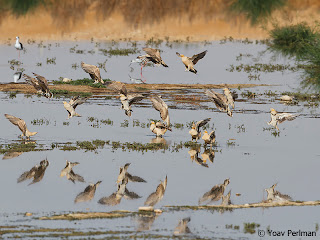 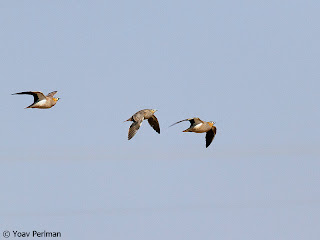 After the sandgrouse show was done I had a look around the ponds. Quite many ducks - 20 Gargeney and six Ferruginous Ducks. Scarcer shorebirds included Temminck's Stints and Marsh Sands. A few feldegg Yellow Wags flitting around in the vegetation. 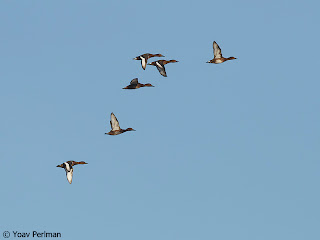 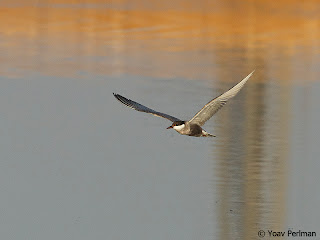 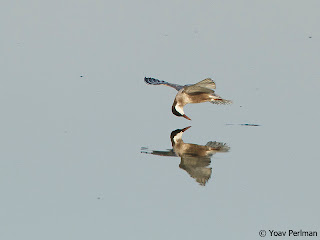 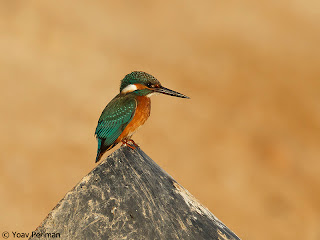 Just as I was about to pack and leave this large cub Golden Jackal crossed my lens - too close for a complete shot: 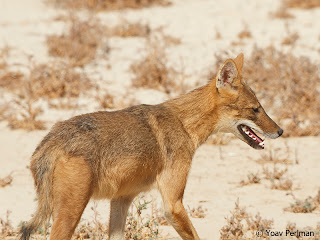 And just to pay respect to the Marmalades: