This morning I went ringing at Ashdod with Eli. the morning began rather busy but standard with good numbers of lingering migrants and a selection of our local birds. I was thinking to myself what will I be able to show in the blog, perhaps a fledgling tit? Or yet another Garden Warbler? Then Eli gets back from the nets with a big smile: "I think you need to have a look at this Phylloscopus...". I got it out of the bag and was shocked by its' huge supercilium and two wingbars. The GC bar was very strong and prominent. The MC bar was fainter and was made by only 3-4 feathers with pale tips. The bill was long, strong and very pale below. I must confess that I quickly called the news out as a Two-barred Warbler Phylloscopus plumbeitarsus. Only later when I had time to sit down with the bird and compare it to the literature I had, I suspected it to be in fact a Green Warbler P. nitidus.
To my defense I can say that it is always interesting to note how different a bird can look in these close-ups compared to how it looked like in real life. The MC wingbar was there, I swear! You can actually see it very similar to the real impression in the second image from the bottom (with Oz). Also it's left side is much more dramatic than it's right side.
Anyway, the initial report as two-barred got a few guys out of their beds and I bagged the bird for a short time for the twitchers to see it. By the time they reached I had already changed my opinion to nitidus. The main reason why this bird isn't plumbei is that it's basically a green bird - pretty bright green above, with yellow or yellowish underparts, cheek, throat, supercilium and wingbars; plumbei should be much whiter below and duller above.
Green Warbler (Phylloscopus nitidus) 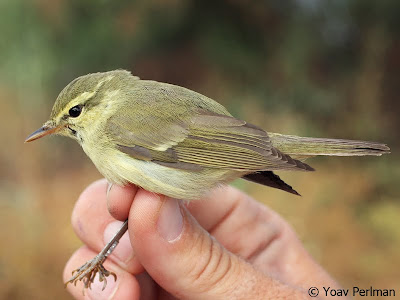 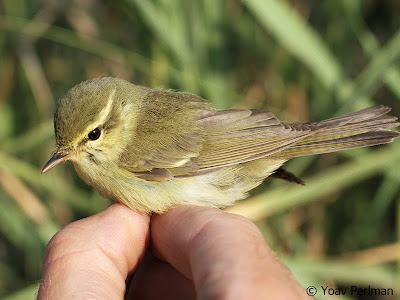 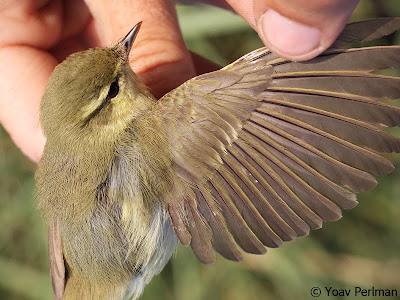 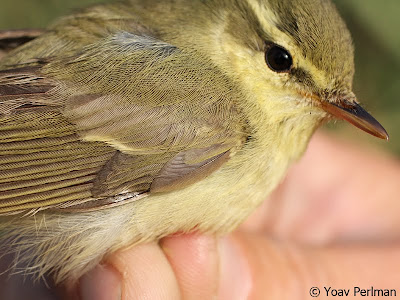 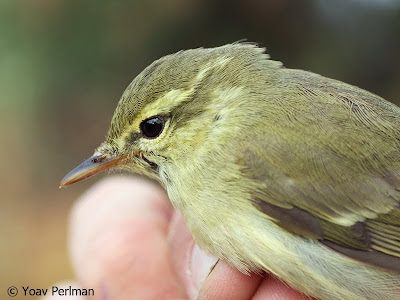 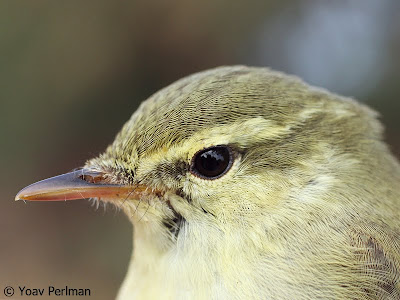 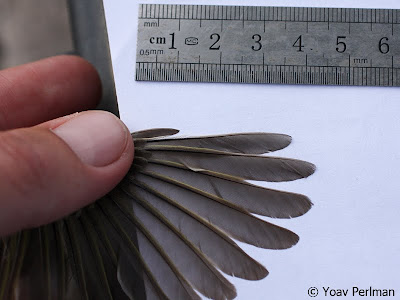 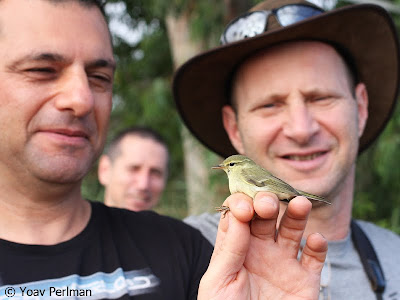 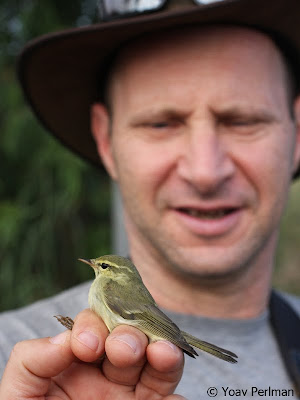 After everyone had enough and the bird had enough too, we released it. It stayed in a big tree for some time after release, and we had nice field views of it. It did not call. 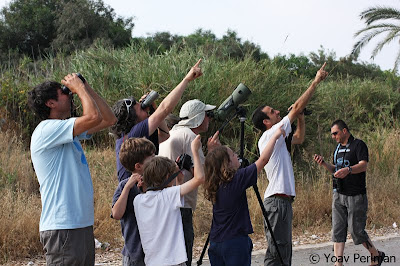 This is the 6th record in Israel. The previous one was seen by Re'a in the Eilat Mts. in November 2010. I have seen two of the previous birds. This is an exceptionally late record. Not a first for Israel as I first hoped, but still a very good bird. Thanks to Eli and Lior for all their help this morning, and it was good to see all the guys at my ringing site. Rami - I promise to keep trying...
פורסם על ידי Yoav Perlman ב- 9:52 AM