This morning I went to Nizzana area with Ron (BTW yesterday Ron found a fine Rufous Turtle Dove at the JBO - well done Ron!). We began with a short ringing session which was pretty standard and rather slow. 1 yekutensis Willow Warbler, Marsh and Savi's Warblers being the only birds of note. A 1cy Rosy Starling flew over - a very good bird!
So we closed pretty early and went birding in the area. While closing the nets down many sandgrouse came in to drink in the nearby ponds. We stayed there for just a few minutes in order not to disturb the birds drinking. An adult Barbary Falcon flying around caused them much more panic. There were about 40 Crowned Sandgrouse, this group landed right next to us: 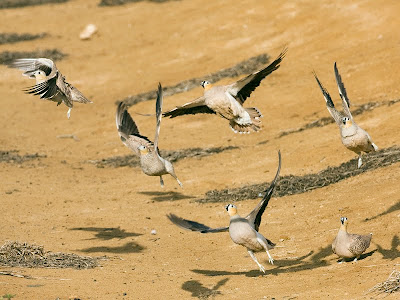 The adults are in active moult, with 4 to 6 replaced primaries: 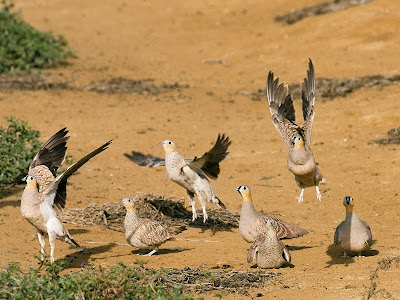 There were about 30 Black-bellied Sandgrouse: 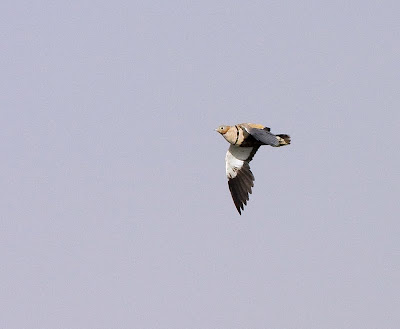 And about 50 Pin-tailed Sandgrouse, many of them were juveniles, typical for these late breeders: 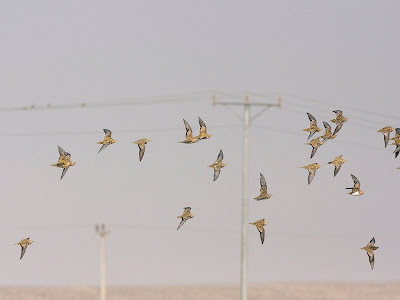 The long-staying Black-winged Kite is still around; it has already moulted 3 primaries: 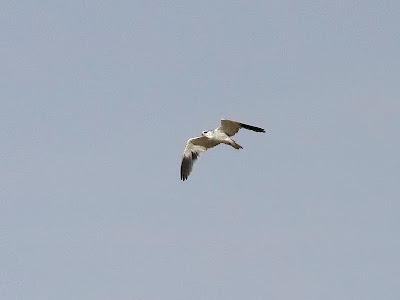 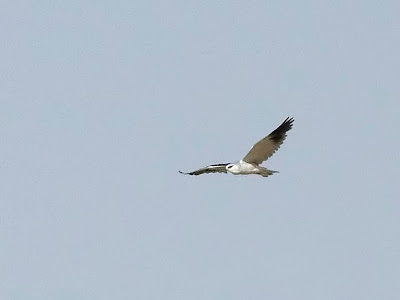 Namaqua Doves are spreading fast in Israel. Once restricted to the Eilat region, this sweet dove is colonizing much of the Negev and Judean Plains, and is now quite easy to see in Nizzana. This female was preched on a rather ornamental fence, and was nicely backlit while stretching. Unfortunately it was quite distant. 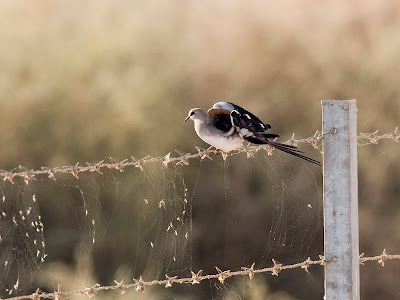 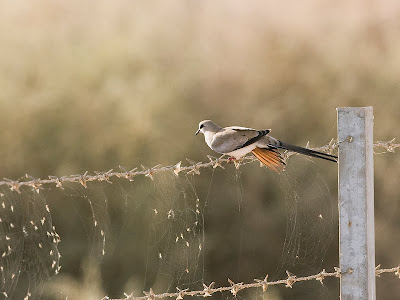 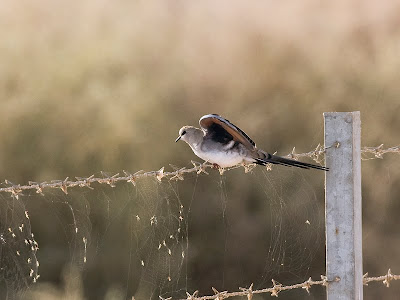 And a large crop: 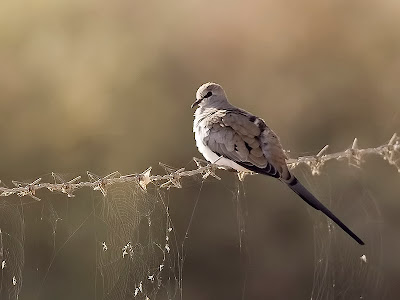 Later we visited Be'erotayim grove which was quite birdy with many Blackcaps and Redstarts. I had a probable female Pied Wheatear there. I had it for just a few seconds but I saw it was very dark and cold-toned, dark breast and neat pale fringes to mantle feathers. It vanished and we could not relocate it despite extensive searching; hopefully someone looks for it again in the next few days.
פורסם על ידי Yoav Perlman ב- 6:31 PM