What a lousy pun...
Anyway, spent the morning with Jon Olav Larsen, a Norwegian birder and reporter. We left Tel Aviv early and made our way directly to the Ma'agan Michael beach. Quite many birds on the beach, with the best bird being this 1cy Red Knot. This bird has been present since Friday at least. It was showing pretty well. 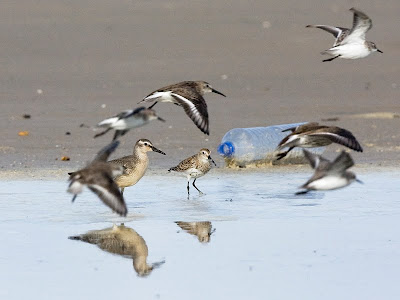 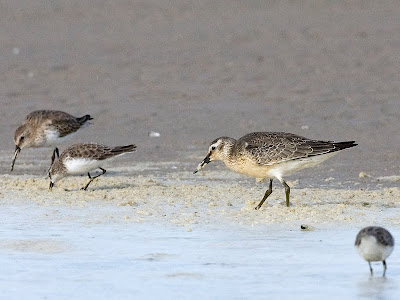 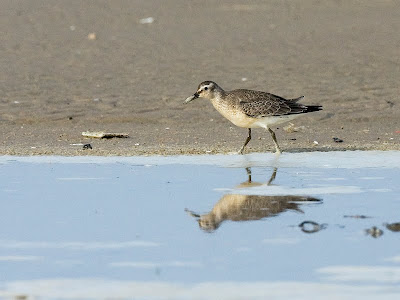 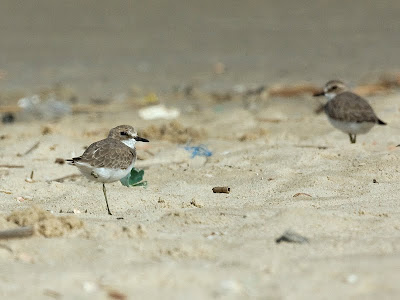 About 30 Sanderlings were present, most were juveniles but some adults haven't completed their moult yet: 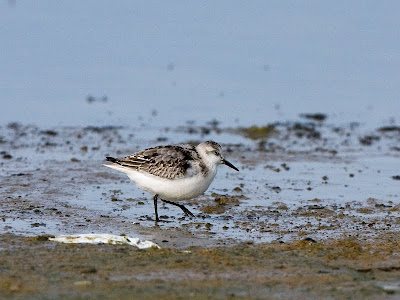 We had a nice take-off of about 1000 White Pelicans: 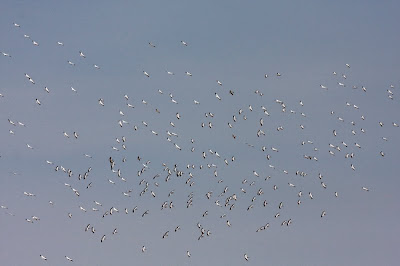 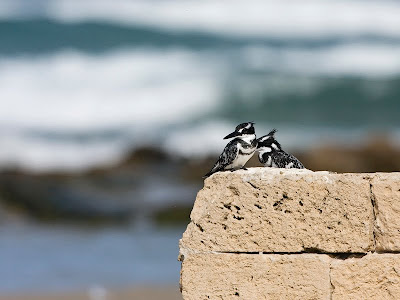 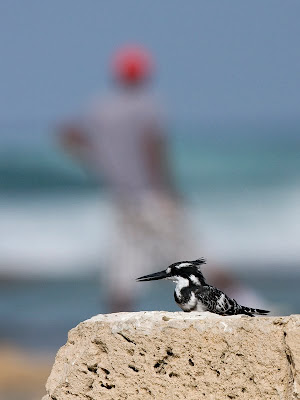 Many Marsh Harriers kept spooking all the birds: 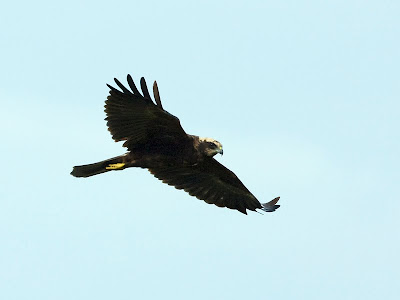 At one point during the morning I expressed my will to see an Eleonora's Falcon, and indeed 10 seconds later Liri spotted a falcon flying over the sea! It approached us while chasing after passerines migrating over the sea, and we identified it as a dark-morph Eleonora's! Cool bird!
Other good birds this morning included 7-8 Citrine Wagtails, 1 Spotted Redshank and 1 Eurasian Cuckoo.
פורסם על ידי Yoav Perlman ב- 9:47 PM