This morning I spent some time with Amir in the Nizzana - Ezuz area. Our main mission was to photograph dancing MacQueen's Bustard. Of course we failed - we found three dancing males but they were all very distant and were impossible to reach - many of the tracks were washed away by the huge floods a couple of weeks ago. We had another bird not too far away, but still too distant for any reasonable photography. I apologize for the amateur level of photography I will demonstarte in this post - it was one of those days that nothing works. 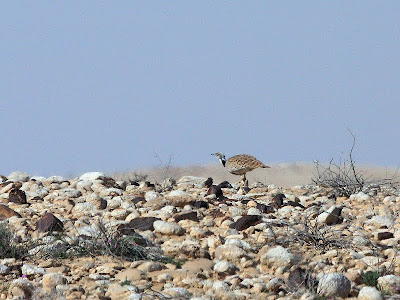 The whole area was in beautiful desert bloom, and the smaller passerines were having a ball. Many of the breeding species seem to be in full activity already. Spectacled Warblers were present in good densities. This female-type was rather close: 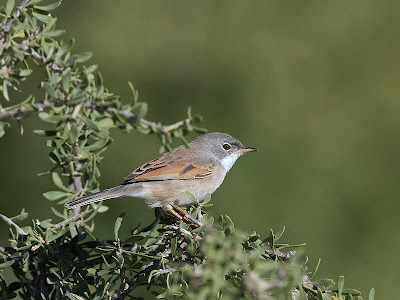 Sardinian Warblers were present also in good numbers. This is a momus-type: 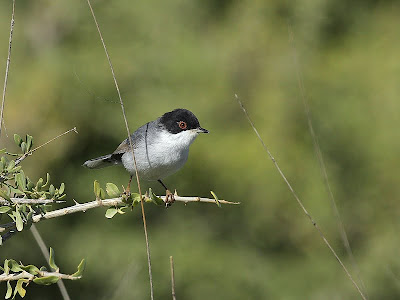 We were pleased to find a group of 150 Pin-tailed Sandgrouse feeding north of Ezuz. This is a good record for Nizzana during this time of the year - they're seriously declining in the Nizzana region and this record is a good indication that perhaps something positive is happening to their population. They are such cracking birds, for sure one of the best birds in Israel. This is the male: 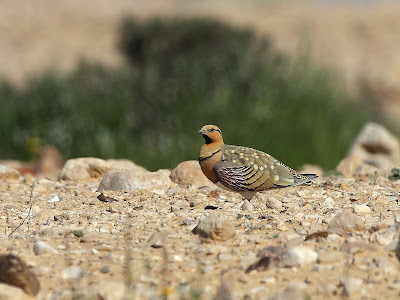 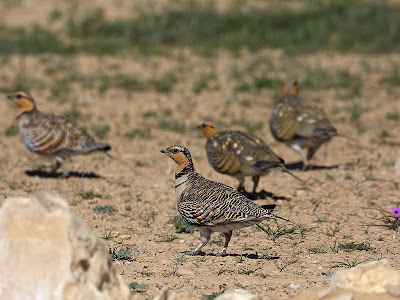 We had several pairs of Little Owls, of the desert race lilith: 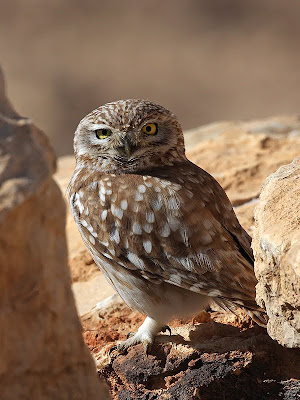 Other good birds in the area were Desert, Finsch's and Isabelline Wheatears, and one Bar-tailed Lark heard singing.
A quick visit to Lahav reserve on the way back produced one Long-billed Pipit, some Finsch's Wheatears and again many Spectacled Warblers. This pretty male would not approach: 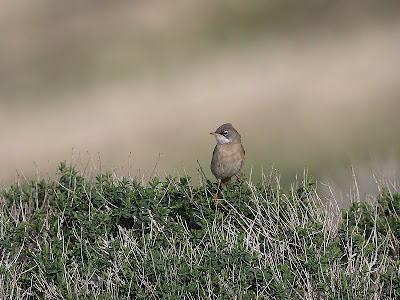