Following yesterday's Great Shearwater, I spent most of today seawatching at Jaffa. Conditions were very good with strong winds coming from the correct direction. Birds were OK, not more - the shearwater didn't show. There was a good number of birders coming and going throughout the day and it was good to catch up with the guys.
Highlights of today included a daily total of 15 Leach's Petrels (I saw 11) and another Storm-petrel sp. (probably Leach's) taken by a Peregrine - poor bird... Other goodies were 5-6 Sooty Shearwaters, 3-4 Arctic Skuas, 5-6 Gannets.
All in all it was pretty slow so had time to look at gulls flying past - apart for the common species had an intermedius, one barabensis and this interesting gull - looks to me like a michahelis - big mirrors on P10 to P8, big gonys, red orbital ring, but a bit worried about the black on P4 and distinct nape streaks, pro heuglini, but this bird must be too pale for any heuglini?! Comments are welcome. 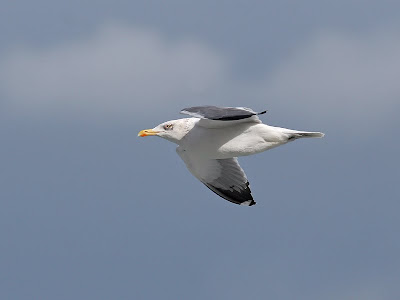 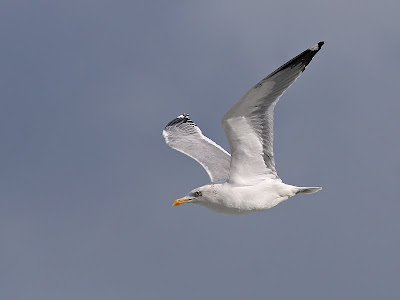