This morning (6/10/09) I had a few meetings at Sde Boker, so I decided to make an early start and spent the early morning birding at the Ben Gurion campus, Sde Boker.
Driving south from my house, I hit some serious weather - quite exceptional at this time of the year. This weather must have knocked down loads of birds in the center of the country, but the south was rather quiet.

The first bird I saw as I walked into the park was a Red-breasted Flycatcher, chased by a Redstart. I lost touch with the bird for a while, but eventually refound it in a distant part of the park. Even though it is not a true rarity in Israel, this is still one of my favorite birds. I was surprised though to find only one - I was hoping for more. Yesterday Barak Granit had seven at Yeroham :-( Checked this bird very hard but no, it wasn't a Taiga... 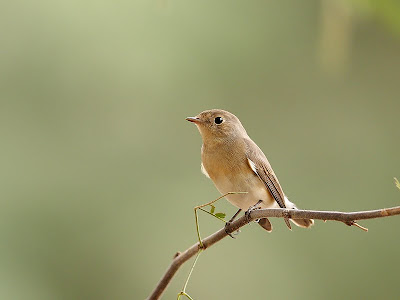 In the park, birds were rather few. However there were some nice birds around. This Wryneck was very obliging, feeding on ants intensively. I crawled on the wet lawn on my belly and got quite good shots: 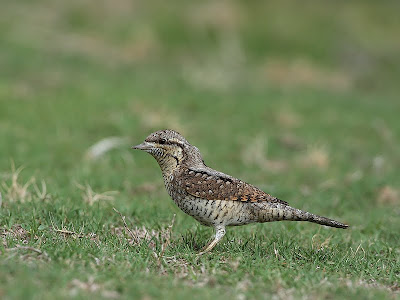 There were quite many Redstarts and Spotted Flys between the trees. Also Willow Warblers and Blackcaps were rather common in the canopies. Some Tree Pipits were flying around.
Redstart 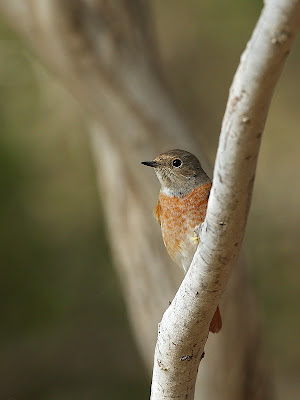 This exhausted Sedge Warbler jumped around in an olive tree. 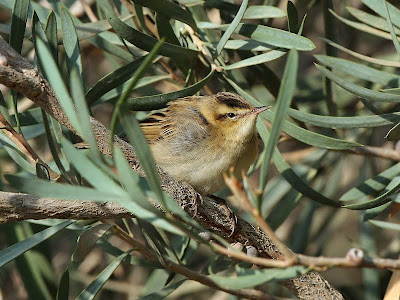 Many Nubian Ibex were feeding in the park, mainly juveniles and females. These funny animals are so tame, and it was nice to watch the interaction between the animals, including males having some sexual adventures with each other... However they were quite worried each time I got my 'big-daddy' camera out of the bag and fled for two meters. 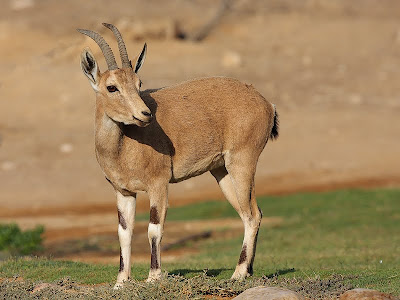 Later I drove through the irrigated fields. There were some Red-throated Pipits and Short-toed Larks feeding. I saw one distant buzzing Oriental Skylark but didn't get any decent views of it.
Northern Wheatear 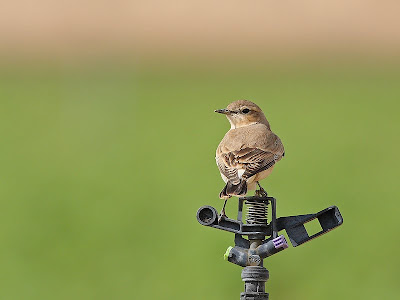