This morning (3/10/09) I went ringing at Ashdod. This is my main ringing site, in a small wetland surrounded by trees and bushes, about 30 km south of Tel Aviv close to the Med. coast. 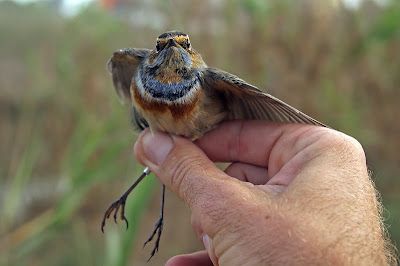 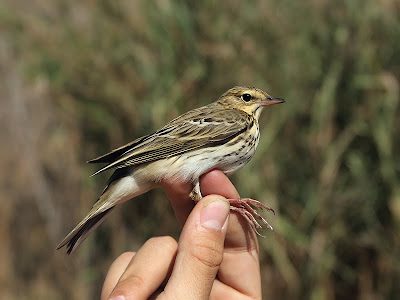 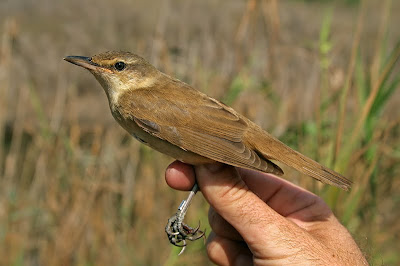 It was nice to observe active passerine migration first thing in the morning, mainly of Tree and Red-throated Pipits and Yellow Wagtails. Other nice birds seen in the area were several Red-backed Shrikes and a Wryneck.
Thanks to Shlomo and Re'a for their help with the ringing.
After closing the nets down, we went to 'Yavne 4' ponds near Ashdod. This is the prime gull site in Israel. There were only 100 gulls though, most Baltic but also some 1cy Armenians and Caspians. Among the Baltics there was one adult carrying a Finnish colour ring CV21. This is a very familiar bird. It had been visiting Ashdod for at least five previous years, and has been already observed several times earlier this autumn. 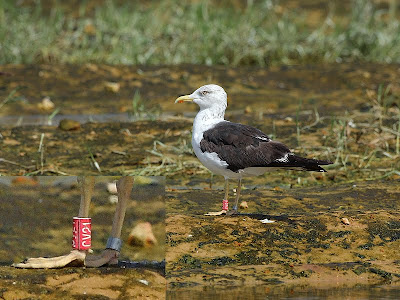