Our next destination after Samburu was Lake Nakuru. It was a long cross-country drive, taking us across the equator several times. 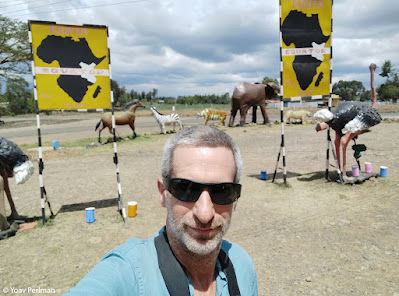 Already while waiting to sort permits out, at Lanet Gate, we started seeing good birds. Ovambo Sparrowhawk - eBird has it as rare, we saw black-morphs three times in Nakuru, quite a surprise for an eBirder like me, but maybe not as rare? 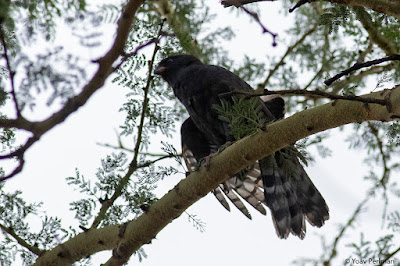 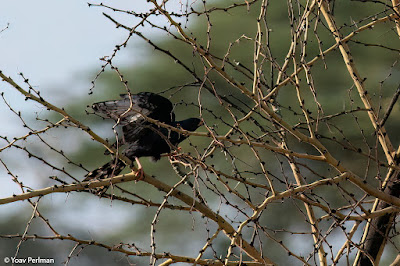 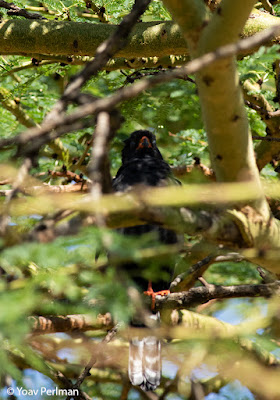 We spent two nights at Lake Nakuru Lodge, and had two afternoon sessions and one morning session. The first afternoon session on July 16th was held in poor weather but was quite amazing - so many birds came in to roost (eBird checklist here), some weren't seen in the subsequent morning. Three African Skimmer are one example. 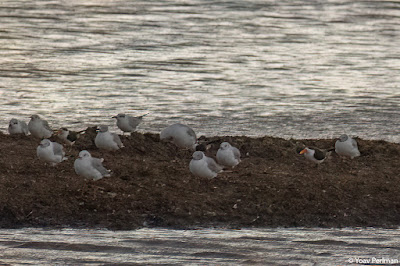 The next morning was truly magical. The best-known spectacle of Lake Nakuru, or even the Rift Valley lakes of Kenya, is the large concentration of Lesser Flamingo. The view of the mega flock was incredible, even at a distance from the hotel swimming pool, pre-dawn.

Then, down by the lake, it was wonderful to get fully immersed in the pink sights and sounds. I estimated 15000 flamingos in that flock. I wonder if any reader here knows of a good software that could verify my estimate?

There were many great birds on the lake and in the surrounding woods and savanna, other than the flamingos. Here are some of my favourites:

When Lesser Flamingo makes a good background for Gray-hooded Gull 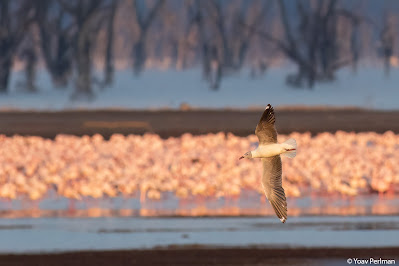 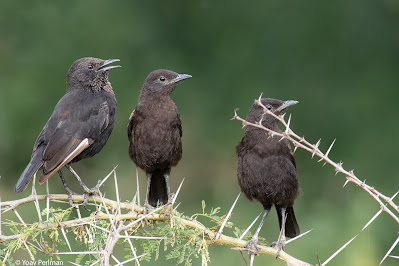 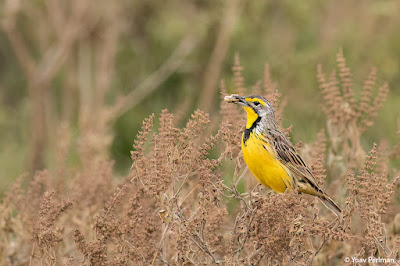 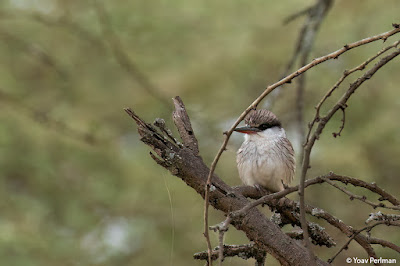 Being a protected area, Lake Nakuru National Park hosts many mammals. We saw quite a few of both White and Black Rhino: 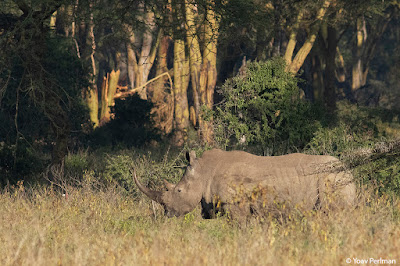 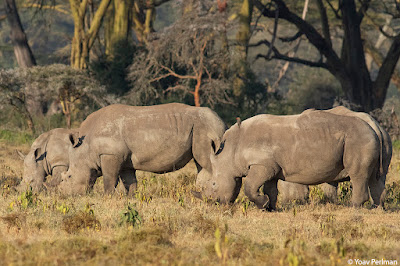 Which is black and which is white? Impossible to tell by colour IMO, only by lip structure if I am not mistaken. Top is black, bottom are white, complete with Red-billed Oxpecker.

In Nakuru we spotted our only Black-and-White Colobus of the trip: 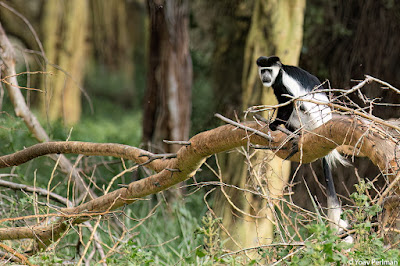 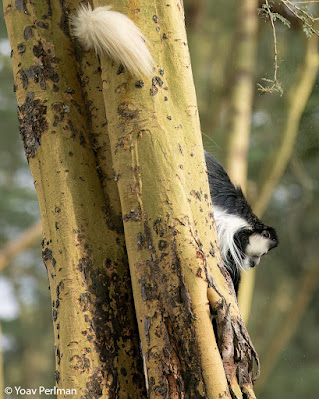 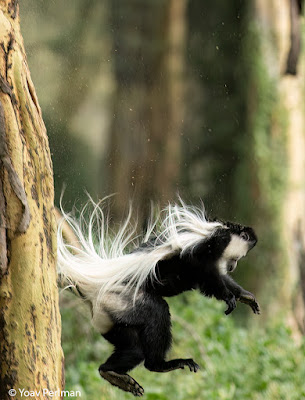 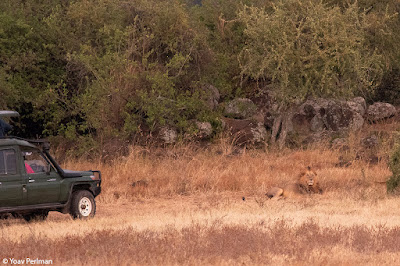 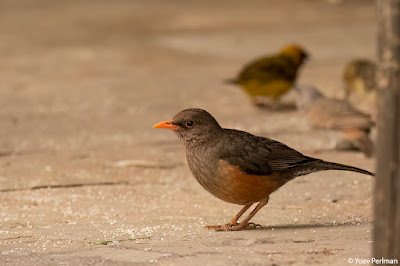 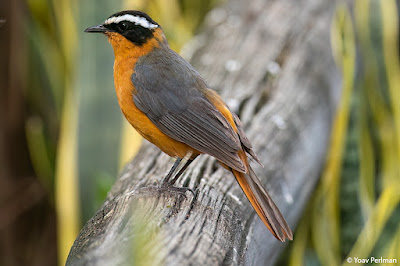