I spent two and a half days in Eilat, that included work, scuba diving and birding. Order of importance is debatable... This is the story: My elder son is really into scuba diving, and I am too. We went down to Eilat for him to complete his advanced open water training. I joined him on one dive but got an ear infection and couldn't dive anymore. I spent the rest of my days working, with compulsory dawn and dusk visits to North Beach, where all the action is these days. Everywhere else in the country spring migration is officially over and birding has become very static. In contrast, at North Beach, especially in the very early morning, birding was very dynamic with lots of stuff moving. I enjoyed that a lot. Check this representative eBird checklist. 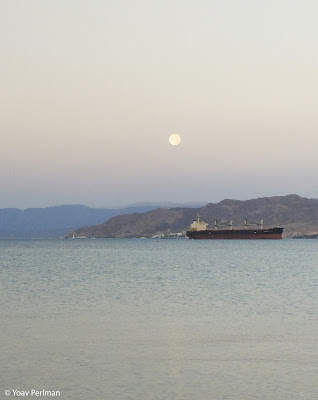 Shachar's two recent rarities, Sabine's Gull and Great Crested Tern didn't linger, but there was plenty of interest at sea to keep me busy. Sooty Shearwater numbers are higher than normal, with a maximum of 14 yesterday morning. This could be an underestimate - shearwaters kept flying from one side of the gulf to the other constantly. Every scope sweep came up with at least one or two. One early morning, two sooties patrolled over the beach, even flying inland a bit, then returning to sea - could they be prospecting an overland crossing - to where? It was almost dark when I took this photo, as it flew over my head, so it isn't great: 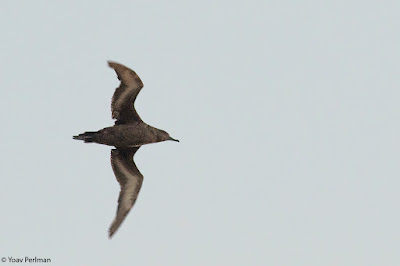 Two Cory's Shearwaters were present too. There was very good skua/jaeger action too - three species seen: Arctic/Parasitic, Pomarine and Long-tailed - two magnificent adults with loooooong tail streamers, too distant for photography I'm afraid but good scope views. There were plenty of terns too, quite large numbers of Common and Little moving through. Quality terns included Lesser Crested, Bridled and White-cheeked.
Three White-cheeked terns with a casual Sooty Shearwater 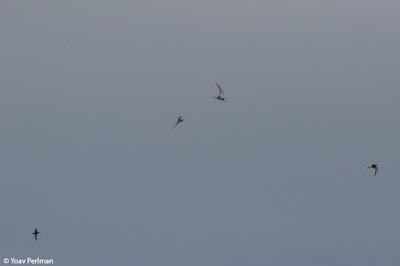 Little Terns on the move 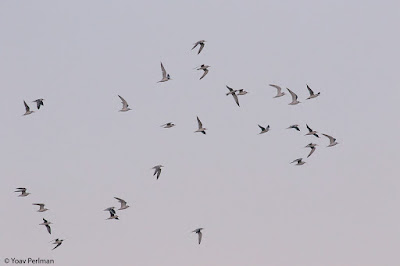 There aren't many shorebirds in Eilat now, most should be busy breeding now very far north. This lovely female Greater Sand-plover shared the beach with humans one morning: 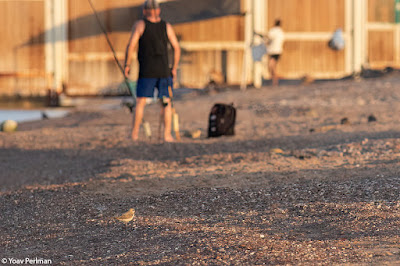 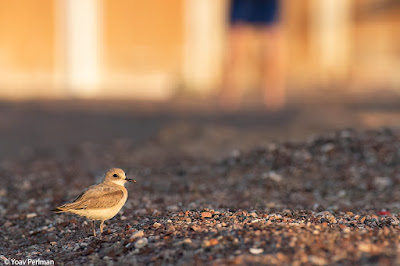 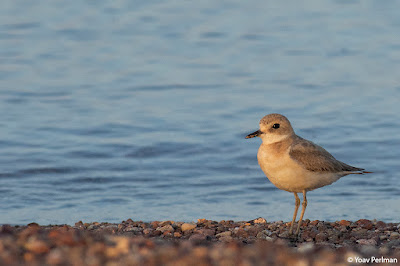 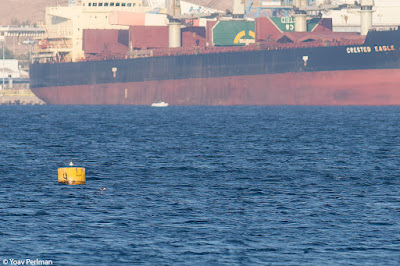 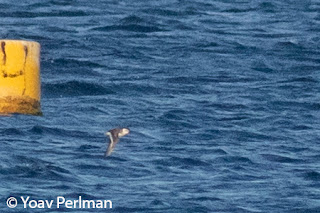 Greater Flamingo is a silly bird. I counted 820 at KM20 saltpans where they look very settled - don't know why they don't breed there. Therefore it was very cool to spot a flock of 25 flying low over the water, heading north, battling against the wind. Migration magic. 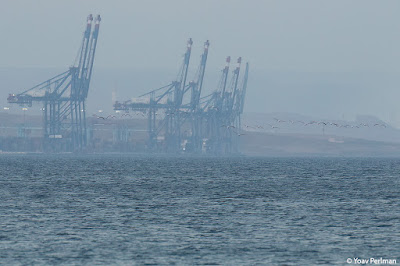 Swerved from side to side, they eventually passed overhead 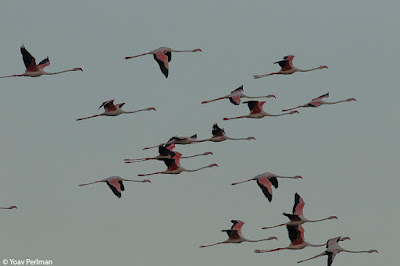 Unbelievable that such comic birds can actually migrate 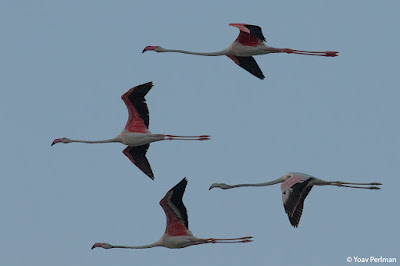 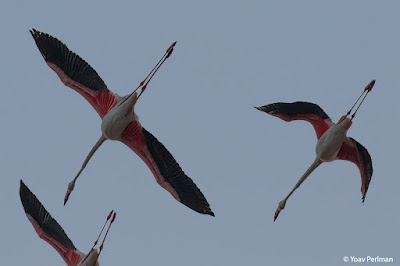 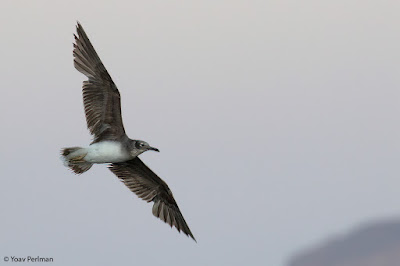