Just another day in the office

This morning I went out to get some fieldwork done in the northern Negev. We're working there with INPA at a new nature reserve, Loess Plains NR, mapping breeding birds. Most of the reserve is pretty flat Loess plains. My section this morning flanked the Besor River, the main watercourse of the northern Negev, and quite a serious corridor of vegetation in contrast with the barren surroundings.

I arrived at my section early in the morning, and quickly understood that this morning would be more about migrants than breeding birds. It was a cool and overcast morning after very hot weather yesterday, that must have affected migration. The air was full of birds and bird calls on the move - bee-eaters, hirundines, swifts, pipits, buntings, chats were hopping on tops of bushes - bliss. Down the wadi, the trees were full of birdsong - mainly Eastern Olivaceous Warblers and Turtle Dove. Hundreds of migrant warblers were ticking from the vegetation. Collared Flycatcher, Redstart, Thrush Nightingales, Wryneck - so much good stuff in there. In the distance I spotted a group of falcons hovering over the plains - mixed Red-foots and Lesser Kestrels. 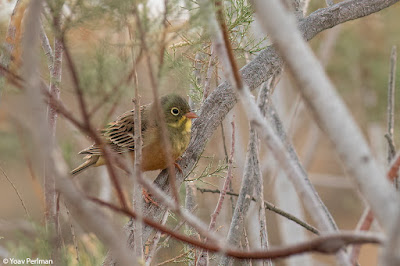 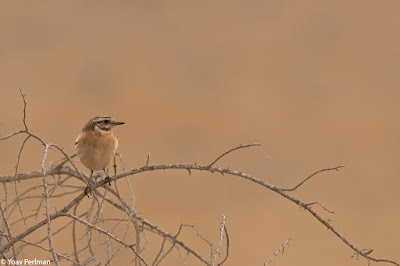 Turtle Dove was present in very high density - there were tens of displaying males parachuting through the air. It was also heartwarming to see many flocks of migrants, some of several tens. 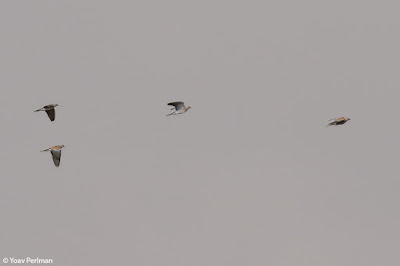 Hundreds of Steppe Buzzards roosted in the reserve by the wadi, especially on the shoulders. 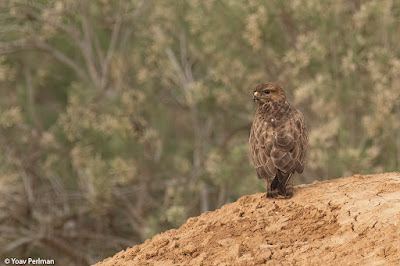 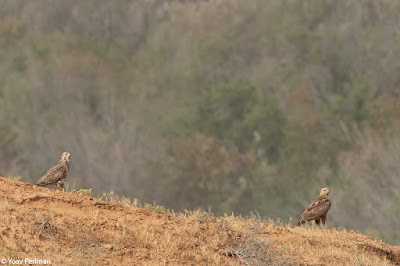 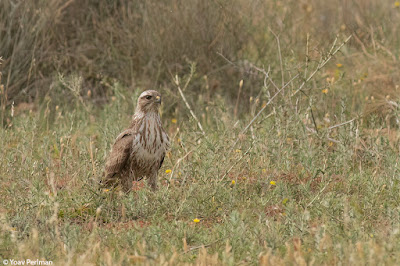 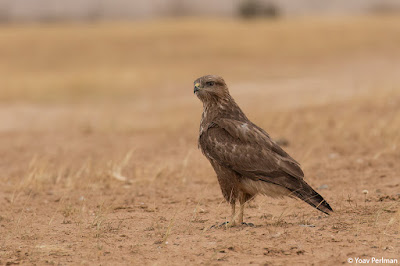 When the air started to heat up they took off, and were joined by other raptors - Lesser Spotted, Short-toed and Booted Eagles, Pallid, Marsh and Montagu's Harriers. 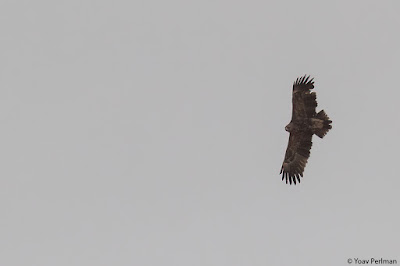 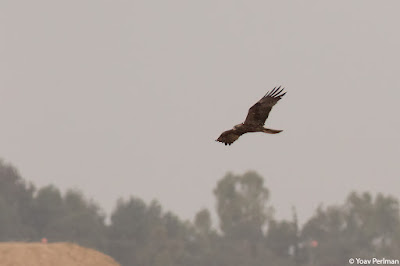 Receiving a warm welcome from the local Brown-necked Ravens: 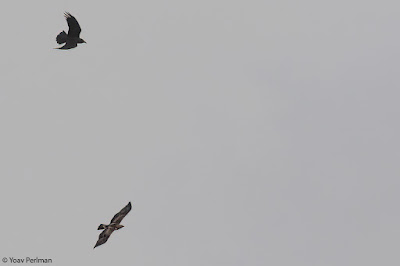 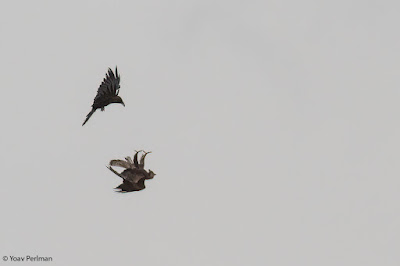 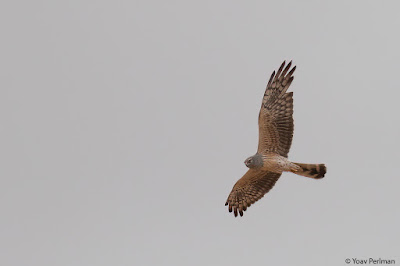 After the migrant flocks of European Bee-eaters left, the many breeding pairs became prominent. There was also a pair of Arabian Green Bee-eaters, so beautiful in the soft light. 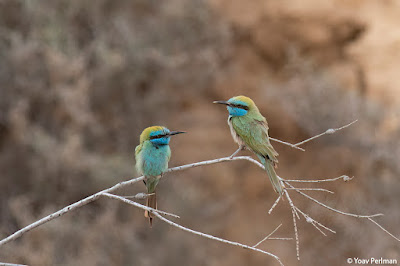 Then I heard the familiar call of Blue-cheeked Bee-eater. For a few seconds the three species were sat together on the same bush. By the time I picked my camera up the blue-cheeked flew off; later on I relocated it on nearby wires. They have bred in the region in the past - I will follow up. 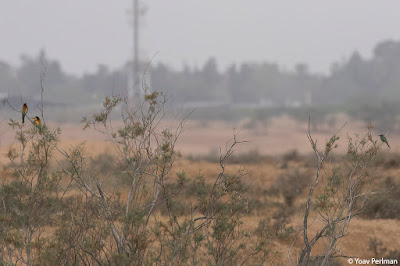 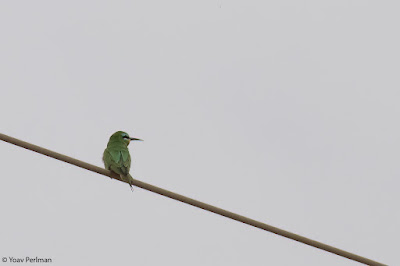 Towards the end a couple of small groups of pelicans went through: 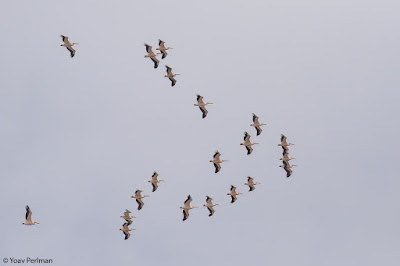 Smaller than the mega flock I had over home on Saturday:

Pelicans migrating over my town yesterday. Commentary by @MartaAcacio
Note the leucistic bird, there were three in this flock @BirdLifeIsrael @SPNI @flywaychampions pic.twitter.com/R9DlPj4nwR

What a fantastic morning to be out. Thank you spring.