As promised, here is a collection of photos I took of Yelkouan Shearwaters on Wednesday. I was standing at Palmahim and enjoying a fishing party, participated by hundreds of gulls and terns, and over 70 Yelkouan Shearwaters. As mentioned in the previous blogpost, this winter is special for Yelkouan Shearwaters. The numbers seen this winter are higher than average in recent decade or so - there have been many observations of large numbers, especially along the northern Mediterranean coast of Israel (check this eBird checklist by Itamar Donitza et al. for example). What's really unusual is the distance to shore. In normal years they are typically seen flying past at a fair distance from shore. This year they are often seen foraging very close to shore, giving fantastic opportunities to document them. This is what happened to me on Wednesday. The shearwaters joined the gull feeding flock, and were fishing very close to shore. Mostly around 40-50 m from shore, but some bolder individuals came as close as 20 m to shore. I have never seen anything like this in Israel before. I took close to 1000 photographs of them. I tried to document as much as I can the variation in their underwing and vent patterns. Besides the variation apparent in the intensity of darkness of axillaries, lesser coverts and vent; the impression of underwing pattern also depends on light conditions and angle. Additionally, I was also hoping to find a rarer shearwater among them, without success. I selected few photos to present here. 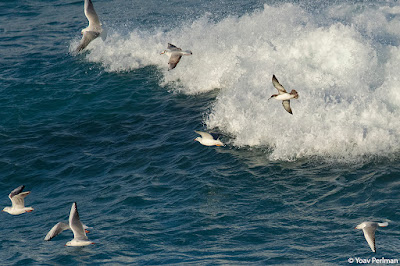 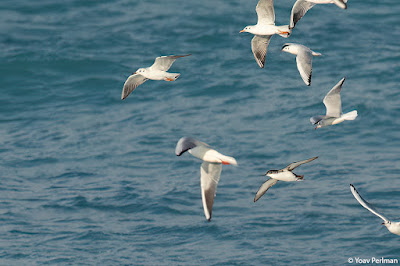 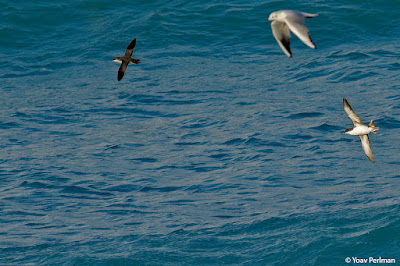 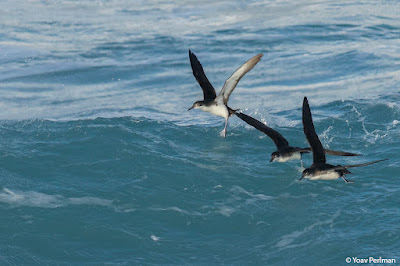 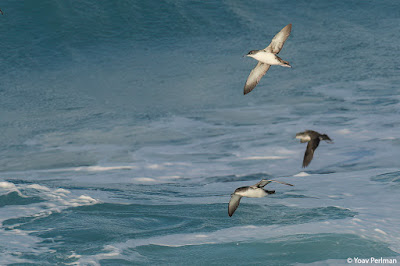 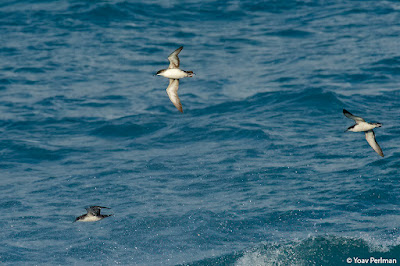 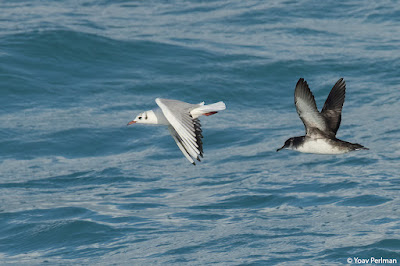 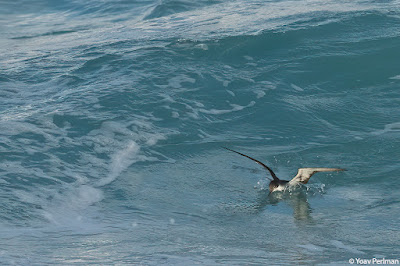 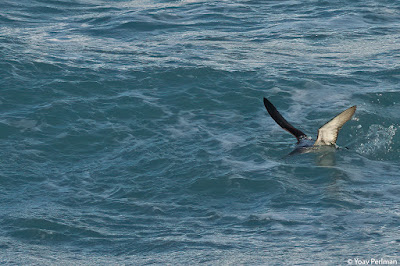 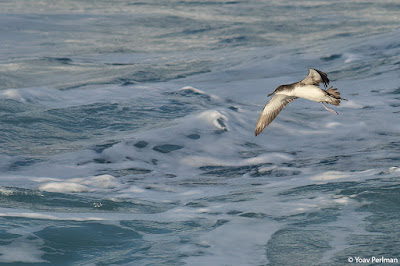 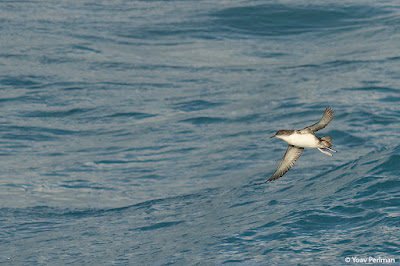 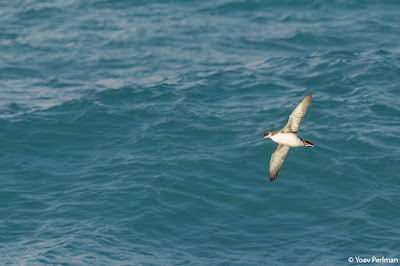 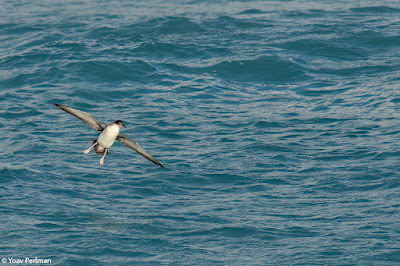 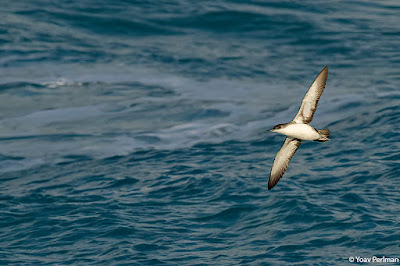 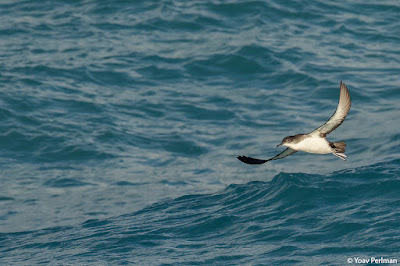 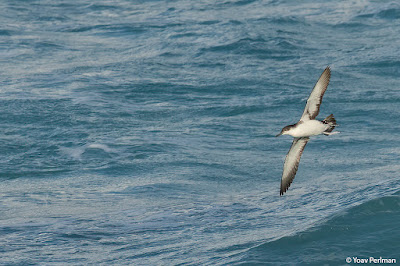 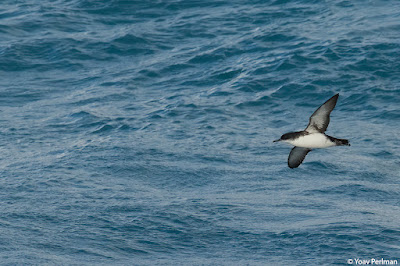 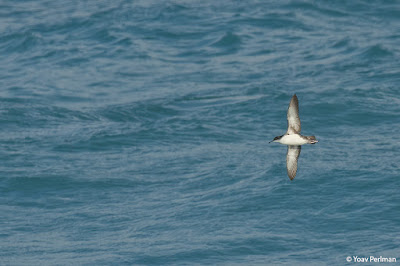 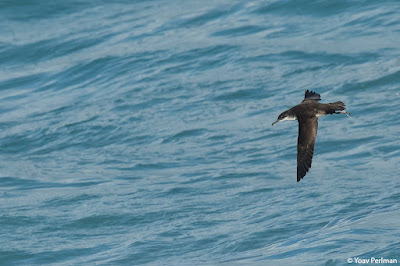 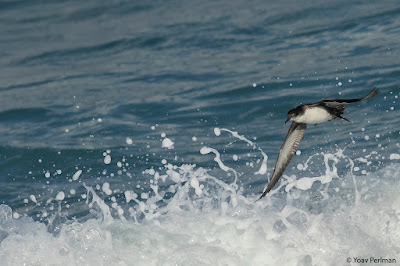 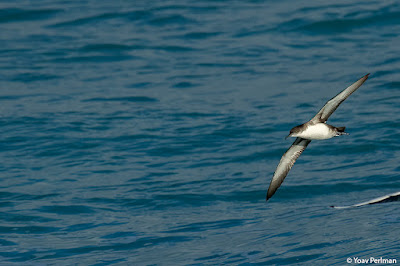