Wednesday morning I visited Palmachim beach. A large storm was boiling, the wind was already good, the sea was properly rough - just before the rain started at noon.

When I arrived at the seawatching spot, I was greeted by a sea full of birds:

There was really good activity of gulls close to shore, attracted to large fish shoals. Soon I noticed that there were good numbers of Yelkouan Shearwaters among the gulls, feeding very close to shore, sometimes down to 20m. Fantastic. This winter is special for yelkouans - their numbers are bigger than usual in recent years, and they are often seen feeding very close to shore. I focused most of my attention on the shearwaters, and took many hundreds of photos of them. I was hoping to find another shearwater among them (which I didn't), and document their variation. I also really enjoyed watching them fish, using short dives. It was difficult to digiscope in these conditions...

I will devote a separate blogpost to the Yelkouan Shearwaters - out of the hundreds of photos I took a few tens are blog-worthy. I will leave you with one I am pleased of. 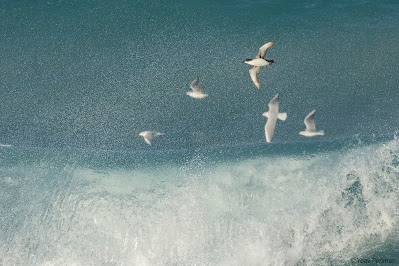 The gulls were dominated by Black-headed Gulls, but there were a few other gulls mixed in, though the diversity was fairly low. 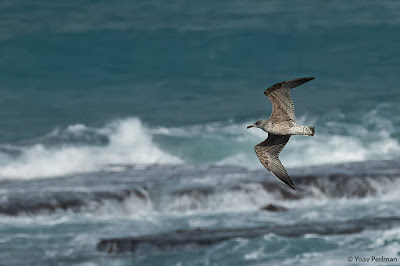 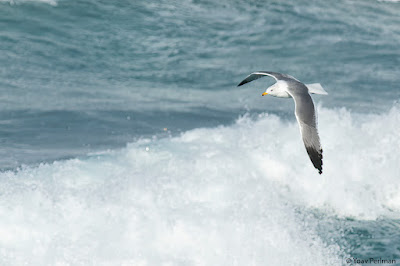 Yellow-legged Gull (I think) - bill too heavy for caspian, large head, and rather uniform wing 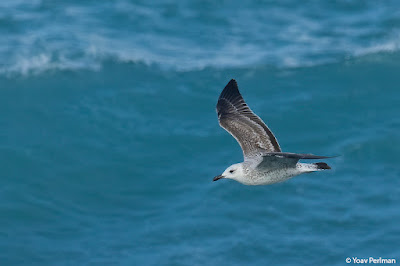 Many Sandwich Terns were fishing close in too: 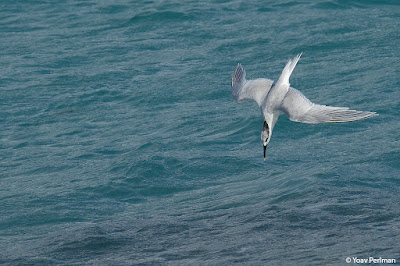 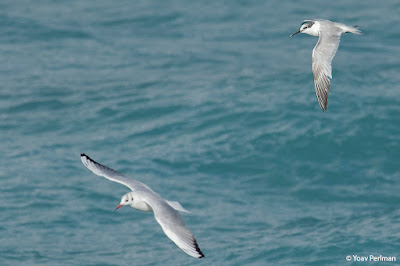 One Pomarine Skua passed two distantly for a photo, but two Arctic Skuas made near passes - one super close. The first bird is especially small (check the size comparison with Black-headed Gull!), but still an Arctic. 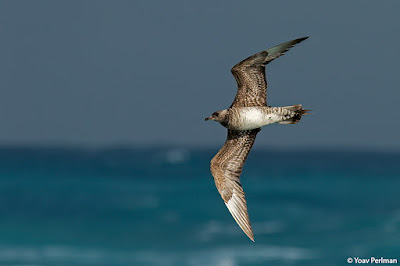 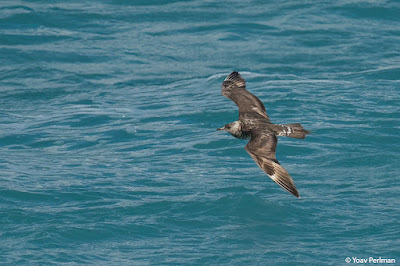 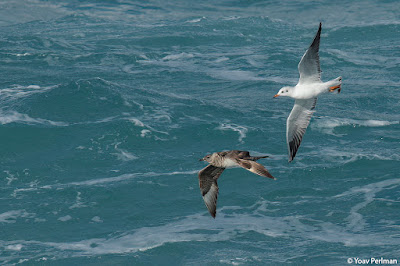 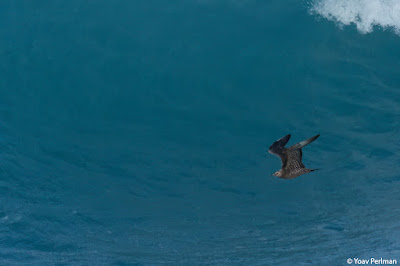 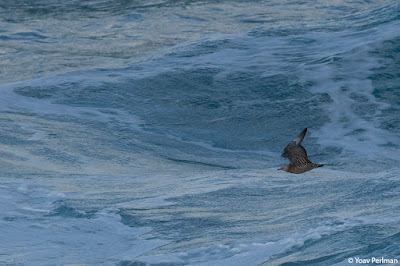 Back at the car, a Greater Spotted Eagle flew over, battling against the strong wind: 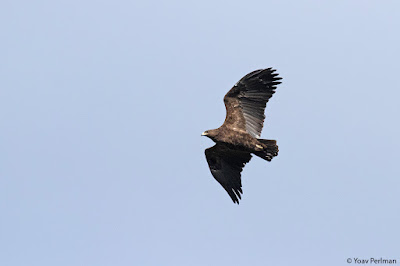