On Monday we (BirdLife Israel team) returned to Mt. Hermon to complete our fieldwork for the breeding bird atlas project. This time we worked in the higher elevations of the mountain. For this, we were granted special access from the military, but in the last moment we were stalled at the checkpoint for a precious hour. In the meanwhile, I didn't waste time and counted birds by the checkpoint (eBird checklist here). I played around a bit with some local breeding semirufus Black Redstarts by the lower cable station. 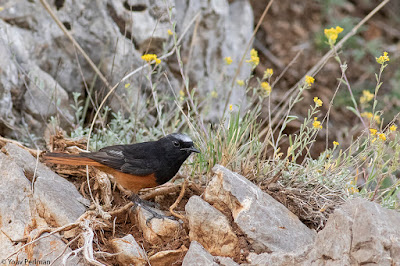 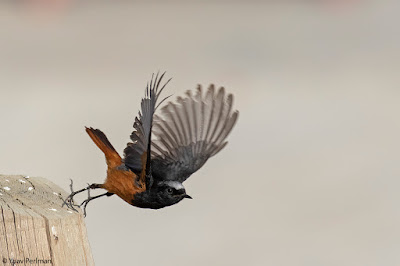 This is perhaps the first publicly available sound recording of semirufus:

Eventually we got the green light to climb up to the upper platform. As always, the scenery from up there is breathtaking. 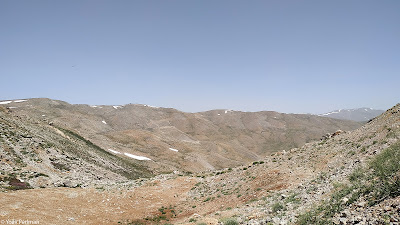 I worked a route along the highest peaks, above 2200 m, together with Yuval Dax. The wind was blowing very hard, which reduced bird activity considerably. However, with joint hard work, we managed to see and document breeding activity of a lovely variety of Mt. Hermon specialties: Asian Crimson-winged Finch, White-throated Robin, Upcher's Warbler, Horned Lark, Syrian Serin, Spectacled Warbler, many Pale Rockfinches, not bad at all... No photos though - the birds kept very low and it was difficult to photograph hardly anything with the strong wind. eBird checklist here. A dark Eleonora's Falcon that flew over catching dragonflies (?) was very cool: 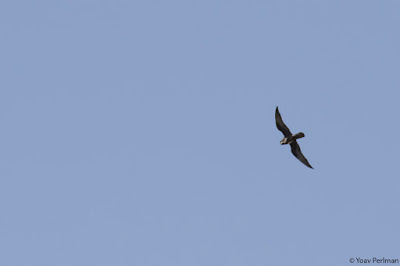 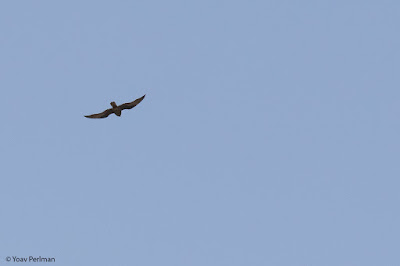 Yuval worked more slowly behind me, and found and confirmed breeding of Mourning Wheatear - first time we find them breeding on Mt. Hermon. Bugger. I first saw one bird zoom across my path, but it disappeared behind the ridge and I couldn't confirm it. Luckily Yuval was there.

It is impossible to ignore butterflies on Mt. Hermon, especially when the dominant species are found nowhere else in Israel. I didn't carry the appropriate camera gear for butterfly photography, so forgive me for these shit photos.

Hercules Hairstreak is common in mid-elevations: 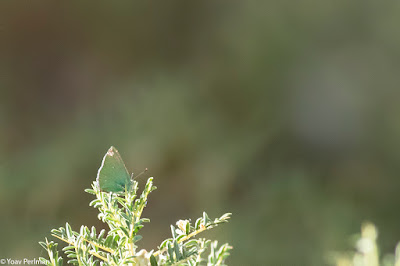 Flowering Onocbrychis cornuta bushes attracted many butterflies despite the wind. Thanks Avner for the photo: 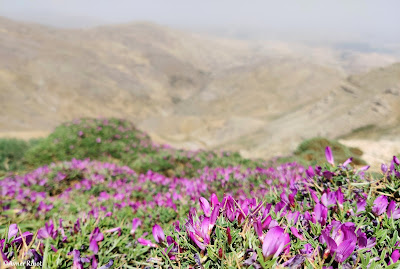 Nicholl Blue was the commonest butterfly: 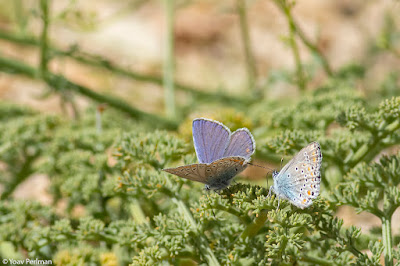 The only Clouded Apollo I managed to photograph was lying on its back... Interestingly, when I tried to pick it up it flew off strongly: 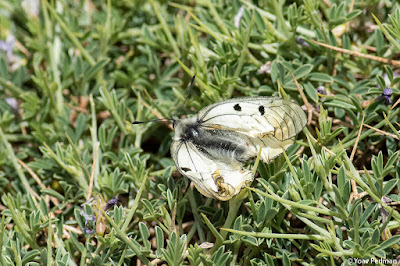 Out of several fritillary species flying up there I managed somehow to photograph only Niobe Fritillary: 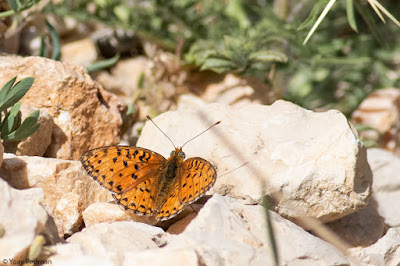 A TV crew from Kan11 (national TV) joined us for part of the morning. Their piece is online, but I think it is not available outside of Israel. 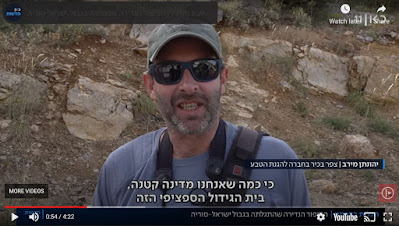 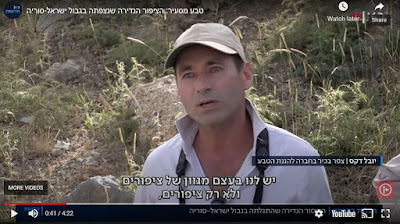 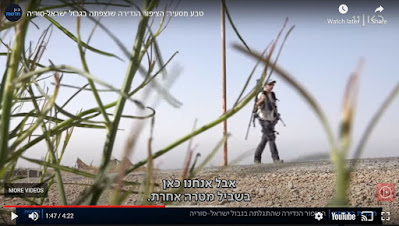 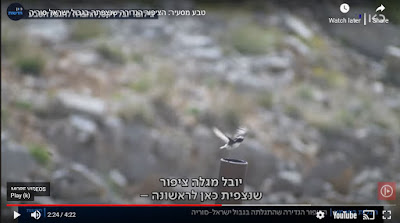