Over the last few days I have seen many birds, none included rare vultures. On Thursday I was planning to be a bad boy and twitch the Lappet-faced Vulture in Yotvata, but it made a bunk and disappeared. Rather than driving all the way down to Yotvata for nothing, I worked near Ezuz with Jonathan, which was good fun. In the early morning thick fog prevented fieldwork, but as soon as it lifted it became evident that there had been a massive fall of migrants, especially Thrush Nightingales. There were tens everywhere, in very high density. Lovely. Also many Redstart, Masked Shrike, Willow Warbler etc. 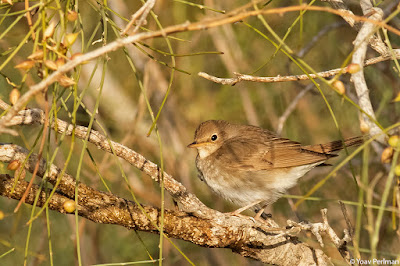 The morning was dominated by migrants, though I did find the expected breeding species - bustard, courser and sandgrouse. There was good active migration of swifts and swallows through the morning, providing enjoyable photography subjects as they flew low over the desert. 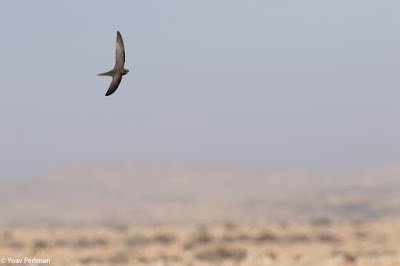 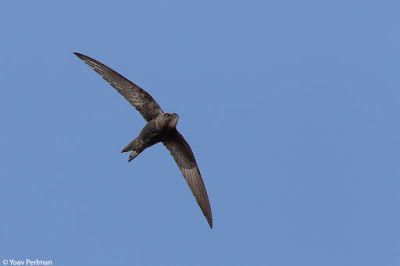 While waiting for the coffee to boil at nearby Be'erotayim Grove, the roosting Long-eared Owls played ball: 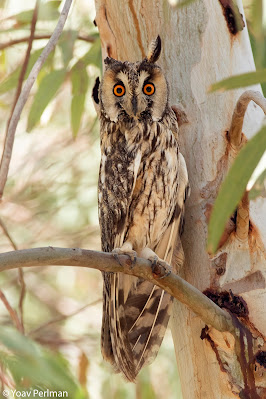 This morning I joined the team at JBO for a rather intensive ringing session. There were many birds around, and good quality too, in the form of River Warbler, many Olive-tree and Barred, a nice fall of Red-backed Shrike, and a few European Nightjars. eBird checklist here. 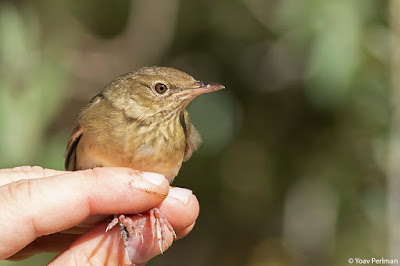 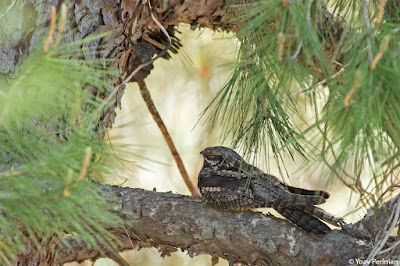 It was very difficult to stay focused during the ringing when news broke of the White-backed Vulture relocated in the Bet She'an Valley. I couldn't go today, which was nerve wrecking. It was seen to go down to roost in the valley - fingers crossed for tomorrow!