This morning I left early to try for a Caspian Plover west of Hatzerim, that had been found by Olga Chagina a few days ago. I may have left home too early because when I arrived it was still dark. At least I saw some Jerboas driving in. This is the same area where I had the Dotterels a few weeks ago. When there was enough light I started scanning the plains. And the plains were very plain. For those who know this site, when it's quiet, it's VERY quiet. I spent more than an hour working the area carefully, and saw very little on the ground. A lovely flock of Lesser Kestrels that were hunting for beetles off the ground or low bushes were the main point of interest. A Merlin was darting across the plains too. Up in the air, many Greater-Short-toed Larks and Tawny pipits were on the move. But no plovers were to be found whatsoever. I started to lose hope and headed back out. On the way out I spotted in the distance a flock of Cream-coloured Coursers. I edged closer, hoping that shorebirds show solidarity with each other. Hey, what are these smaller, darker plovers? Are they? Yes! Not one but four Caspian Plovers! 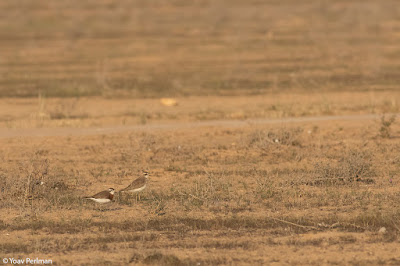 Eventually offering brilliant views. I knew others would try for them, so I didn't apply pressure on them and kept a safe distance; not quite close enough for proper photos to be taken, but I guess I can't complain...

As far as I could tell, the group consisted of two adult males, a young male, and a female. 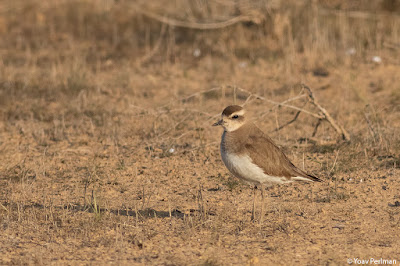 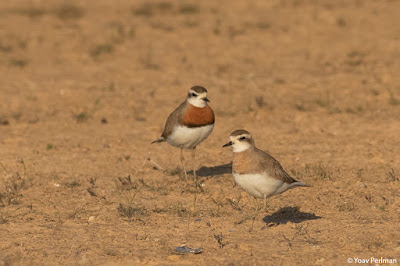 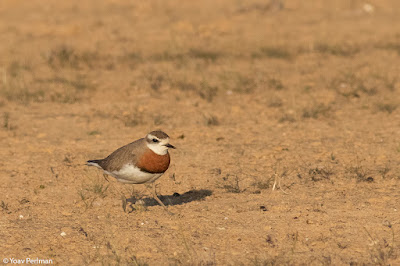 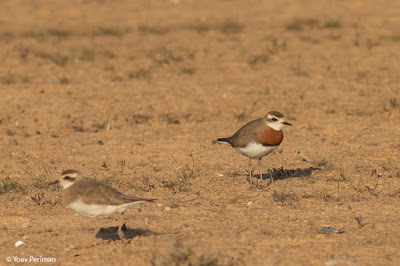 They were too quick for my poor digiscoping skills
Caspian Plover is one of my favourite birds. Sadly, they have become increasingly rare in Israel, reflecting their negative global population trend. I remember that as a kid in the 1980's, flocks of tens were seen each spring. Now, in some years there isn't a single spring record nationally. In 2020, the only bird was one that hung around in the Bet She'an Valley in autumn. So I was very pleased to see a small flock. In the afternoon, birders who revisited the area had seven! This flat, dry desert plateau seems to be a real magnet for dryland plovers. In recent weeks, besides the Dotterels and Caspian, also Greater Sand-Plover and Kentish Plovers were seen there.
I must pay respect to the local hosts, CCCs: 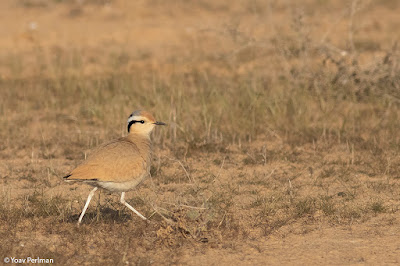 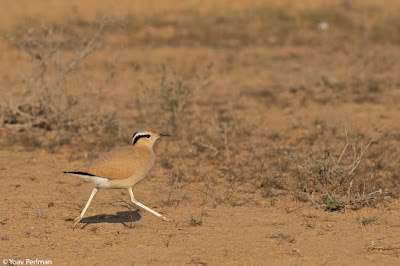 In great contrast to the first quiet hour, this area where I found the plovers was actually very productive. Several large lark flocks were on the ground, containing also a couple of Bimacs. There were plenty of Tawny Pipits and wheatears too. FOY Whinchat was very welcome.
On the way out, at the edge of the cultivated zone, I bumped into a stonking, uber-friendly Rufous-tailed Rock-Thrush. He was really something special. Thank you mate. 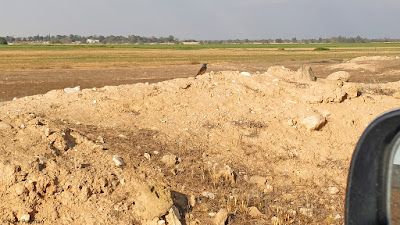 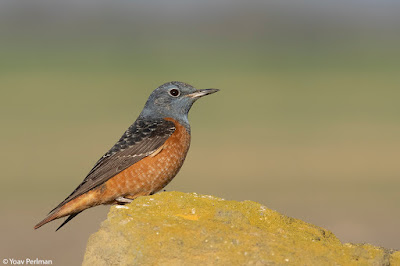 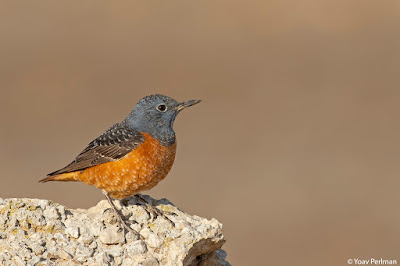 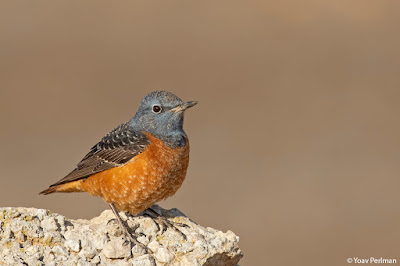