That was a long day... Yesterday I left home at three, met up with Meidad and together we headed down south. Dawn stop was at Neot Smadar fields that were OK, smelled rare but produced nothing better than several Sibe Stonechats, and Oriental Skylark and a late, strange-looking Eastern Black-eared Wheatear (eBird checklist here). 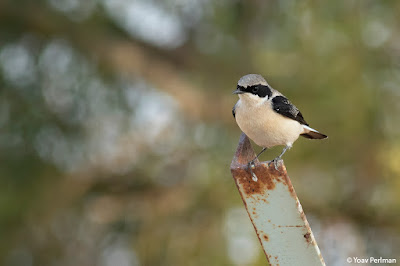 variegatus-type (little white at base of TF) 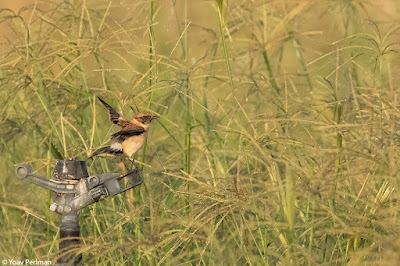 Yotvata circular field was full of pipits, wagtails and larks (eBird checklist here). Not surprising that it attracted several falcons and hawks, including a Merlin and a super-smart adult Lanner. 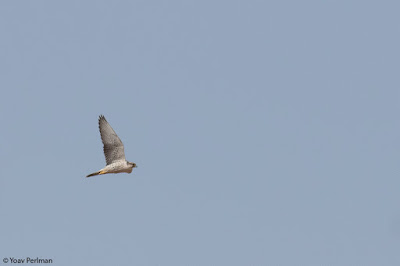 One of six Oriental Skylarks: 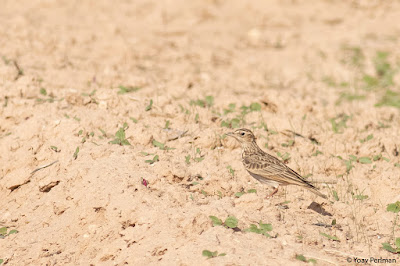 Midday IBRCE was hot and fairly quiet, no sign of the Little Bunting there the previous day, but two Red-breasted Flycatchers were sweet, and a constant trickle of mixed raptor overhead was nice (eBird checklist here). 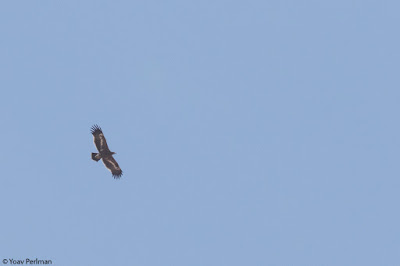 Then it was time for the main Persian dish. Afternoon birding off North Beach was, well, can't remember much until I first spotted the Persian Shearwater arriving from the south. I got everyone on to it, it flew towards us, did a nice flyby, showing small size, dark underwings and dark vent, then it landed on the water in front of us, albeit quite distant. Birders arriving then, in fading light, feared they had to make do with a tiny dark blob in the water (see my video here). With some imagination one could see pale feathering above the eye... Luckily, it was flushed by a passing boat and flew up, but in the wrong direction, away from us... No photo opps for us this time, but I am very pleased with the good views it gave when flying in. I managed a couple of shocking videos through my Swarovski scope, incredibly these are the only videos on eBird/Macaulay/Birds of the World. This one showing its flight action in totally still conditions as we had (live commentary courtesy of Itai):

Phew, a sigh of relief was released when it showed up. I am ashamed to admit that on Friday I already tried once, and failed. At least the second attempt was successful. Boom, Israel, WP and world lifer, 3rd record for Israel and for WP, serious blocker down for some old-timers. Happy days. 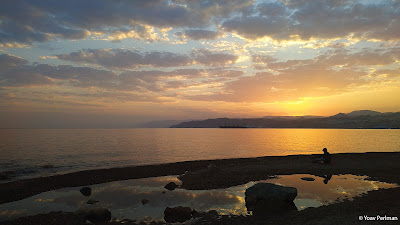