Today was one of those days in which I consider myself lucky. Ahead of a late morning meeting in Kfar Ruppin, I had time to go birding with my boss Dan. We left very early and arrived to the lower reservoirs at dawn. In a similar experience to our Global Big Day, the sensation of huge numbers of big birds going in all directions was fantastic. Pelicans, Black Storks, herons and egrets, Black Kites, eagles, Spoonbills, gulls and terns, shorebirds, ducks - hundreds of birds up in the air at any moment. 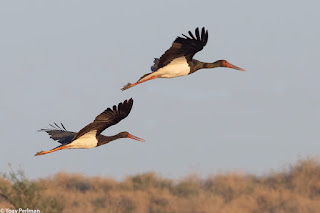 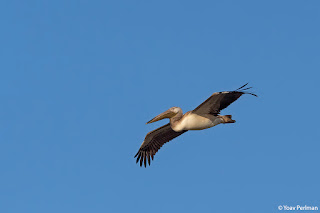 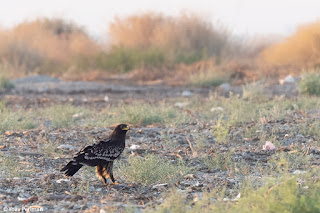 We stayed there for just under two hours, that were super productive. We managed to see 99 species (eBird checklist here) - not bad I reckon. To have so many species just at that one site is outstanding. There were some highlights to be had too. A young Daurian Shrike showed very well, though it didn't pose perfectly. We birded on foot, which means that photo opps were lesser. 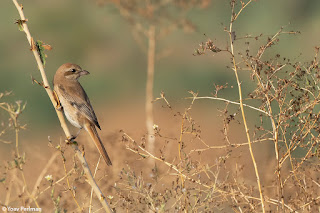 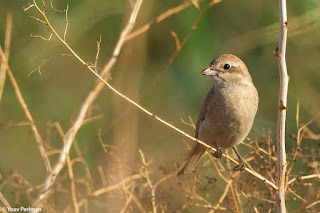 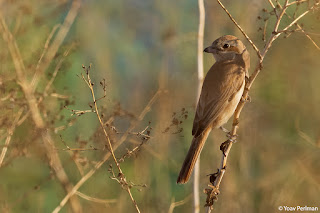 Common Wood-Pigeon is rather scarce on migration, so it was nice to have one perched early on: 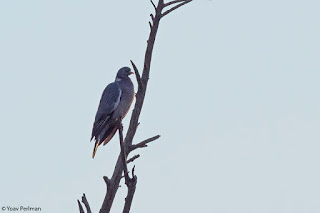 Many Dead Sea Sparrows foraged in the bushes, but were typically skittish: 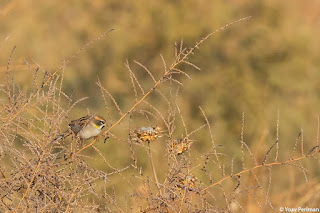 I still remember the days when Citrine Wagtail was a proper rarity. This morning we had 12 just in one small pond. 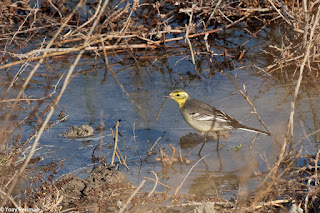 Back in the kibbutz, a late Levant Sparrowhawk flew over, and three Hawfinch too.
פורסם על ידי Yoav Perlman ב- 9:58 PM