Yesterday I went with my family to Winterton, where we met up with Terry and Marie. We were not alone. Many hundreds of punters swarmed the beach. Can't imagine what was going on in Horsey... It was a tough day for wildlife, though I spotted only few morons harassing the seals; most people behaved well, much to the credit of Horsey Seal Wardens. While most people were keen on getting seal selfies, Terry and I were much more interested in the flock of 40+ Snow Buntings on the beach. Poor birds - on a day like yesterday they had no rest. They were constantly on the move, being inadvertently flushed from spot to spot, but remained surprisingly loyal to the busiest section of the beach. I didn't try to get close to them, hence these 'atmospheric' shots and large crops. I was also just with my miniature 400mm lens... Nevertheless, they are fantastic birds and the males are simply stunning. 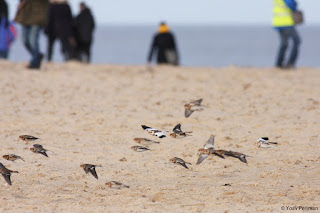 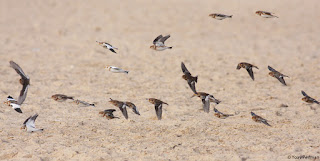 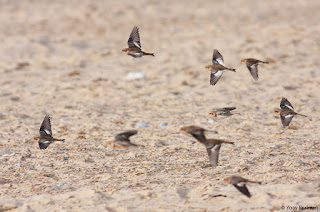 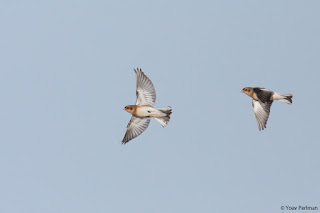 The stayed on the deck for few seconds at a time 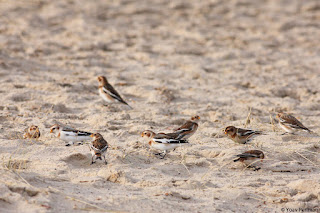 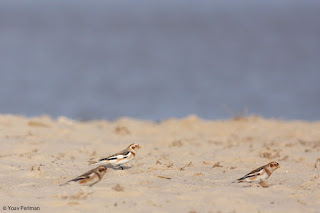 Before being flushed again: 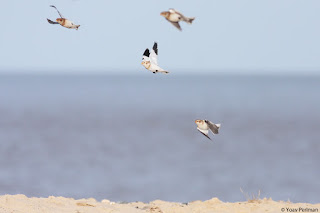 When we sat down to have our picnic, one brave bird did creep up closer to us: 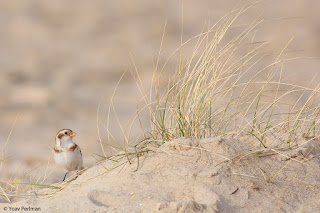 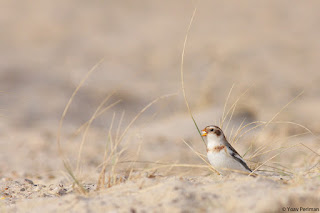 The conditions for seal photography were less than ideal, so I didn't really bother. Nice to see seal pups going in for their first dips, just before disappearing into the Big Blue. 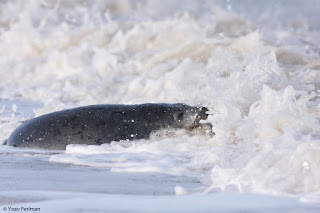 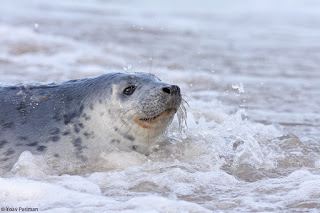