This morning I made a small detour en route to work via Eccles with Dave. We arrived on site to find it very peaceful and calm, no baseball bats or rogue tripods in sight. The Coues' Arctic Redpoll showed immediately - the redpoll flock was feeding on some low bushes, seen through a hedge. At first views, head on, the bird was very striking - pale and frosty, with nice white undertail coverts and large white wingbars, and a small but deep-based bill: 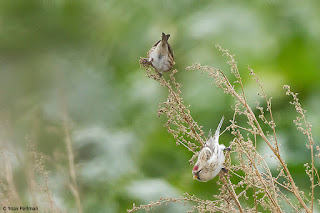 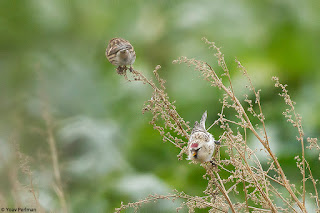 The redpoll flock was very mobile and skittish. They moved between those low bushes, hardly seen through a hedge, the hedge itself, and a puddle where they drank briefly a few times. Never easy to get good views. Over the next couple of hours we saw our bird a few more times but always quite briefly. In flight it did show a large, clean white rump but I couldn't get a photo of it. Once it did pose quite OK for a few seconds. Note the single dark shaft streak on undertail coverts: 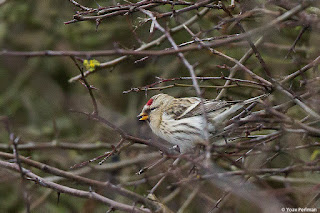 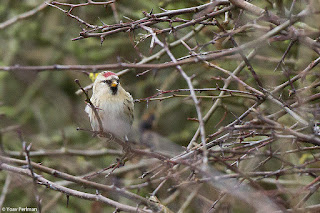 Big white rump visible in this screwed up flight shot: 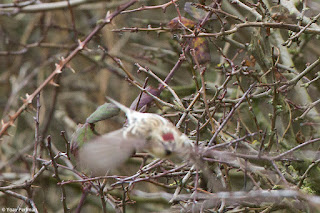 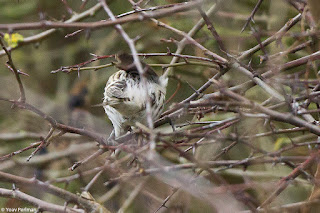 Lovely bird! My first in the UK and I haven't seen them since I visited Scandinavia when I was a teenager.
The redpoll flock was full of different forms and colours. It contained about 20 Lesser Redpolls showing some variation: 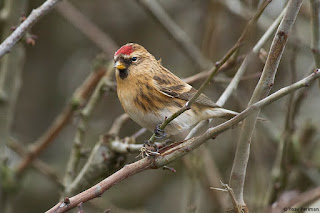 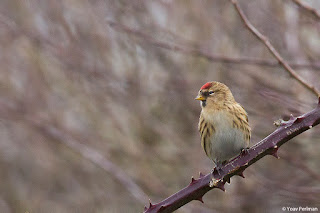 About 7 Mealy Redpolls were in that flock too. Some were beautiful, large and frosty males, but I couldn't photograph them. Those two allowed a quick snap but were not the most striking of all: 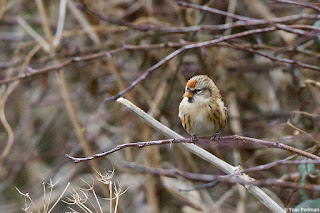 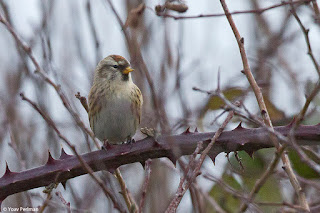 On the way, by Acle, we had two Cranes by the road. They did not like the fact we pulled over... 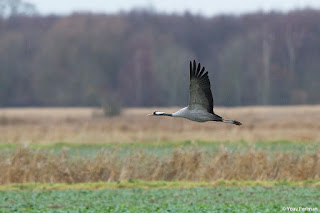