Storm Aileen that crossed the Atlantic and hit UK last week deposited a good number of yank waders in the west and south. Dorset fared especially well with three quality species few miles from each other. That was too much for me and yesterday I joined a car full of Norwich birders for a muddy twitch. We left Norwich at silly o'clock to get to Dorset in the early morning. Driving down we already got news that all three were present. Smiles and cheers in the car. We started off at Lodmoor RSPB. Both local stars were on show - first Stilt Sandpiper. Quite a big WP bird, this lovely juvenile showed very well, albeit slightly beyond my camera capacity. Very elegant on those long, yellow legs; a fine supercilium gives it character; and that long, downcurved bill is so special. Brilliant bird. 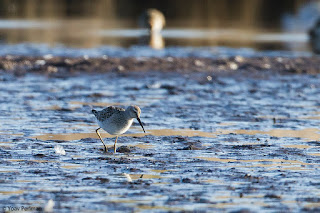 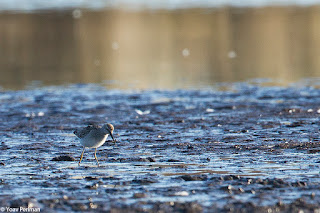 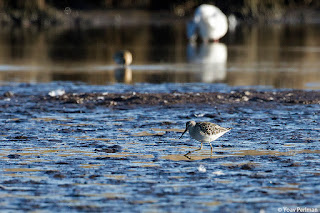 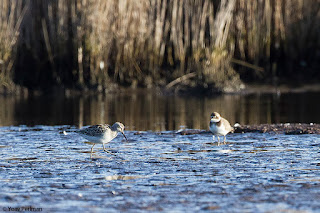 In this case, phonescoping didn't get any better results: 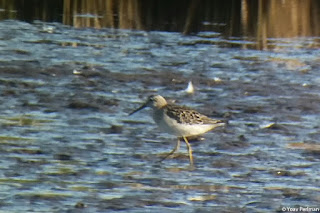 Next up was the Least Sandpiper only 200m away. It was even more distant, so my photos are worthless, but another fine little bird. Nice supercilium again, and nice breast pattern. Good size comparison with Dunlin here. 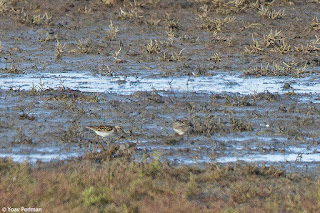 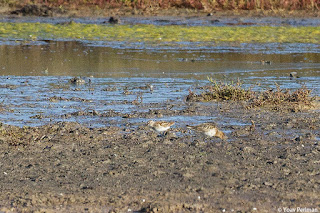 In this case phonoscoping got slightly better results: 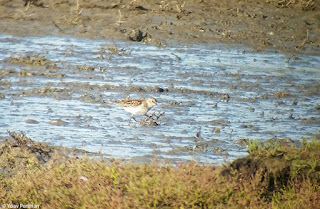 Birding there was pretty good with lots of migrants and local birds. Supporting cast to the yank waders was this Great White Egret: 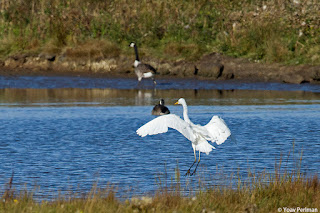 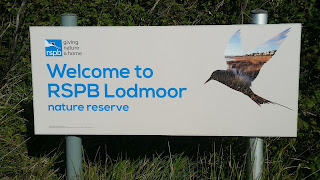 While birding at Lodmoor we learned that the Buff-breasted Sandpiper at Portland, just a few minutes down the road, had made a bunk. We decided to search for it anyway, hoping it reappears. But that did not happen. I was quite disappointed - in fact it was my most wanted species of the three. We had a good walk around Portland Bill that produced rather little. A few migrants around - one paddock had over 30 wheatears; and there were pretty good numbers of chiffs and willows; that was no consolation prize. The others connected with a Wryneck in the quarry but I spent that time chatting to the mighty warden Martin Cade, nice to meet at last. In hindsight we were pretty lucky, because a short while after we had left Lodmoor the Stilt Sand flew off never to be seen again. So it could have been worse.

On the long way back to Norwich we picked up a couple more coastal birds blown inland by the storm. The Sabine's Gull at Daventry CP in Northamptonshire went missing for a few hours. However, a few minutes after we had arrived it reappeared and showed really well. Gorgeous-looking thing, though it looked quite miserable with its eyes half-closed and a 'I'm-going-to-die-soon' vibe to it. 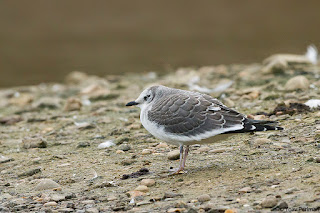 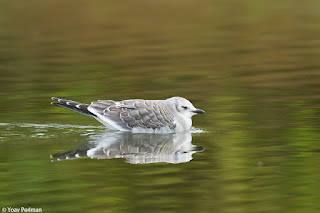 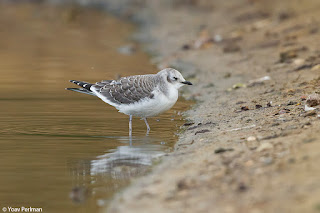 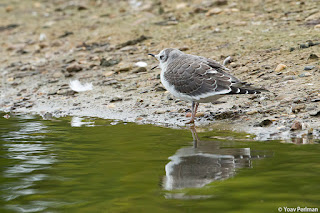 Eyes closed even when flying 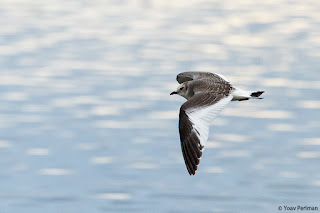 Why are those funny looking Polar Bears looking at me? 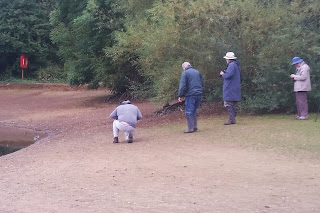 Then in the fading light, a few miles down the road, we paid a quick visit to the Grey Phalarope at Hollowell Reservoir. Sorry, until I see a red one in Iceland I will continue calling it Grey!
Beautiful bird. Shame about the (no) light. 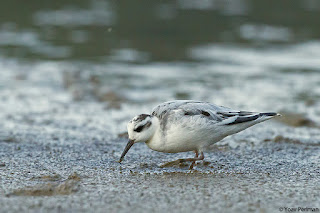 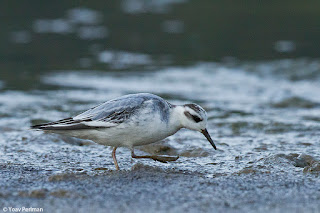 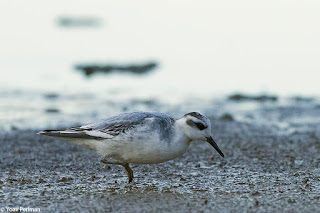 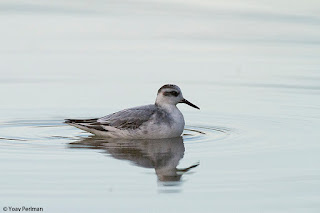 Many thanks to Jake, Michael and Daniel for a great day out. Lots of driving (by Jake) but a good daily tally overall.