Yesterday was a terrific day for seawatching, but sadly I just could not get out. I hoped to pick some leftovers up this morning, but in reality the morning session at Cley was rather quiet. Not a sniff of a tubenose. Few skuas - about 10 arctics and 2 Bonxies when I was there. Big numbers of wildfowl (including my first Pink-footed Geese of the season), shorebirds and fewer Red-throated Divers etc. I wasted my batteries on photographing distant birds in horrible light conditions:


Artistic photo of an Arctic Skua 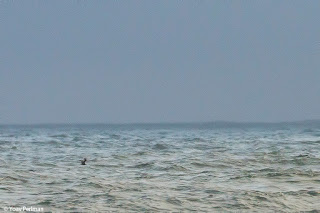 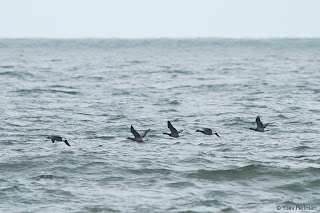 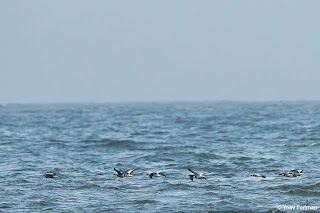 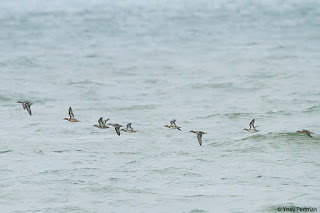 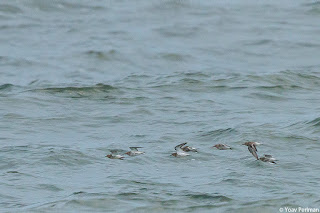 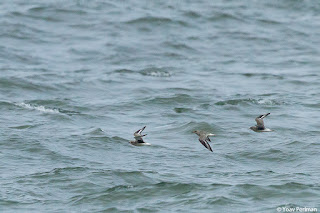 Bamba was pretty bored too 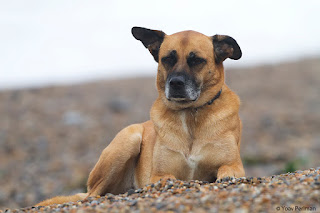 I had to return home early but had a quick look at Stiffkey Campsite. It was very quiet there too. I actively searched for a Yellow-browed Warbler - I just knew there had to be one there, but failed. My friends Dawn and Pete found one there a few hours later... The only migrants there were a Whinchat and large numbers of hirundines. 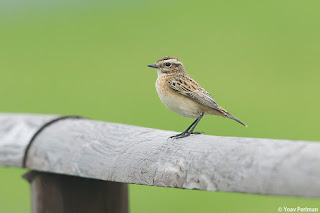 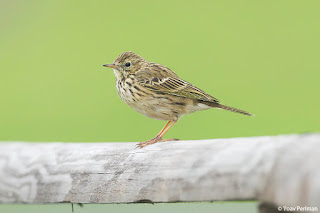 I had this flock of 80 Greylags in off - I wonder whether they are true migrants: 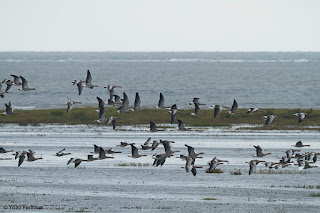