This morning I had an airport drop-off duty, so took advantage of minimal brownie point usage and headed southeast towards Oare Marshes Nature Reserve in Kent. Since I moved to the UK two years ago, the returning Bonaparte's Gull was on my radar, but until today I hadn't the chance or excuse to go for it. I timed it right today and arrived there at high tide - what a lovely reserve! Packed with birds. The gulls were roosting close to the road and I found the petite gull quickly. I was very happy to see it - nice WP tick for me, though I saw many only a couple of months ago in Canada. These were my initial views: 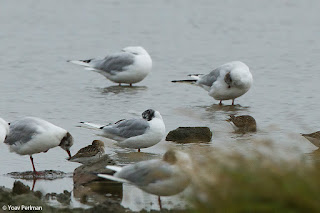 The problem was that this lazy gull was fast asleep, and did nothing at all. All the other gulls and shorebirds were preening and feeding, but not my gull. Too much junk food I guess. Then it started raining, and then the rain became torrential, and I was standing there like a wet idiot, waiting for the bloody thing to show its bill. After about an hour or so it finally woke up, started preening and eventually wing-stretched. Sadly a bloody Black-tailed Godwit got in the way: 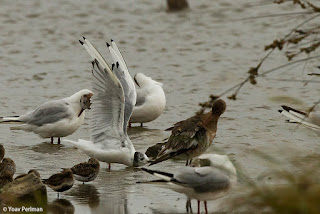 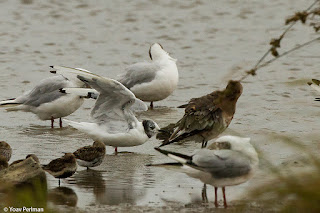 Then a Peregrine flew by and flushed everything. The gulls landed on the water a bit further away: 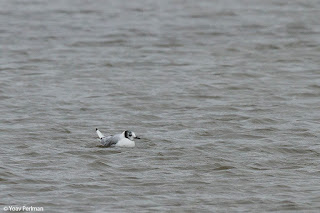 But eventually bonny swam closer and resumed preening, scratching and wing-stretching on a small island. It is moulting (or molting?) very quickly into winter plumage - two weeks ago it had a complete black hood. Also it wing moult advanced quite a bit. 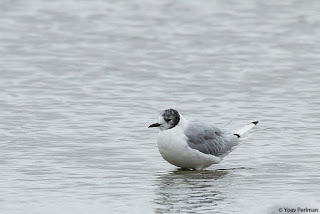 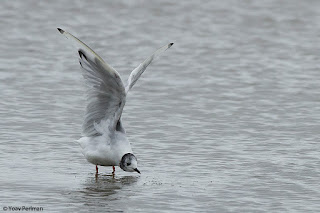 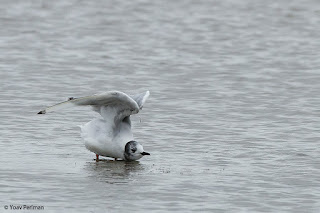 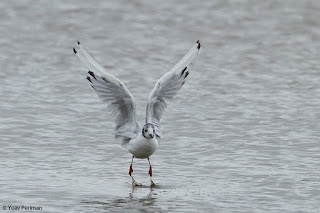 Note the size difference compared to a Black-headed Gull: 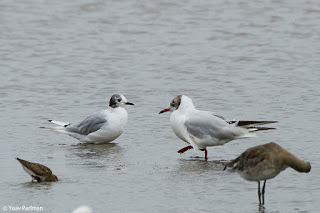 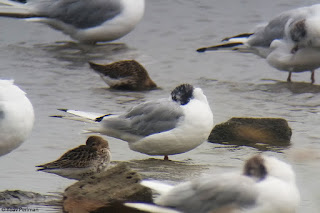 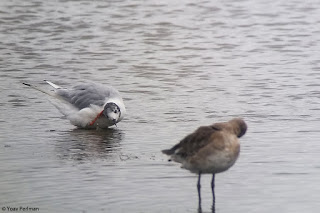 Despite the rain I really enjoyed the reserve. I was especially impressed by numbers of Black-tailed Godwits - around 600. This is a section of the main flock:

The locals were as excited by this adult Curlew Sandpiper as by the gull - it was showing very well: 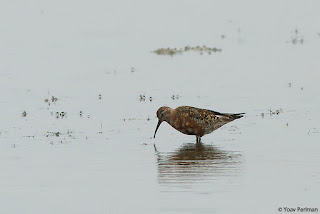 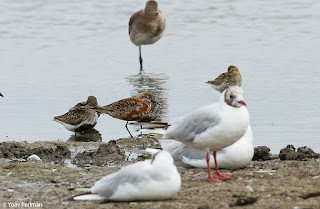 Other highlights were Wood and Green Sands, Greenshank, and about 40 Golden Plovers. Nice to see shorebirds up close and personal, unlike Breydon... 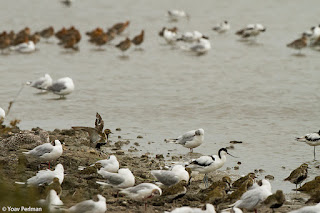 I had obscene thoughts to twitch the purple chicken on the way back home, that almost materialised. But a car crash at Dartford Tunnels changed my plans and I only wanted to get back home.