Before heading back to the cold, grey UK I just had to absorb some more sun and birds. Went for a quick early morning session in wadi Bet Arif, east of Shoham. It's a lovely part of the country, very rich and hosts some quality species.
As I stepped out of the car I was greeted by singing Long-billed Pipits: 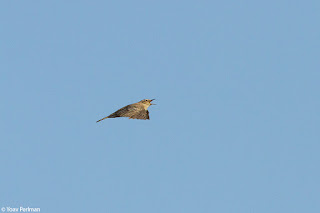 I parked my car in a very comforting spot: 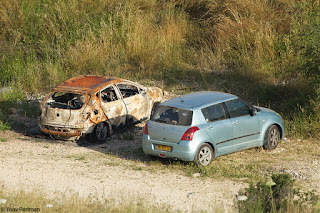 And started climbing up the wadi. I quickly met up with a breeding pair of Blue Rock Thrushes. The male had been ringed by Yosef some time ago: 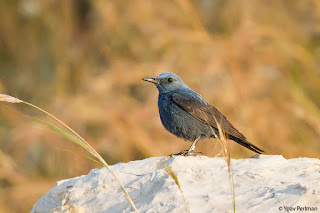 The female is unringed (yet) 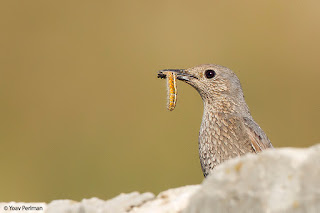 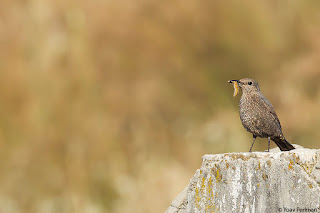 Up on the hills there was good activity of Long-billed Pipits. I had at least five pairs. The females are very shy now, probably incubating. And the males were very mobile as always. Still haven't achieved a shot I'm fully satisfied with: 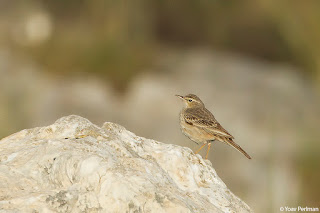 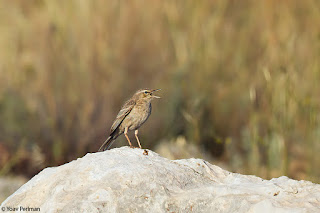 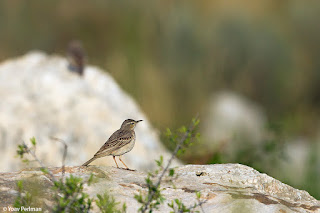 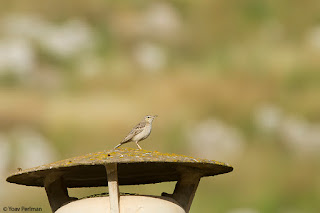 Also in the area many Cisticolas, Little Owls, Woodchat and Southern Grey Shrikes, not too shabby. Relatively few migrants in this open habitat - mainly some tens each of Tree Pipits and Ortolans.

This Little Owl successfully hunted a Tuna Can: 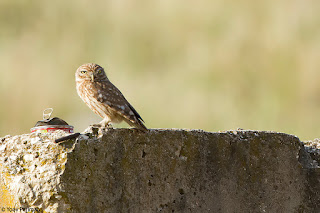 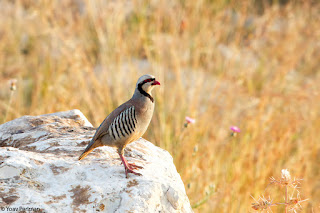 Some White Storks foraged on the grassy slopes 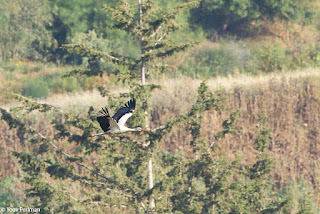