Over the weekend I participated in the third Spurn Migration Festival, better known as Migfest. On Friday headed up there with Nick. When we drove past the Blackborough End Landfill near King's Lynn there were many hundreds on large gulls sat in a field by the road but we were in a rush to get to Spurn and did not stop. Of course on the way back Mr. Murphy made sure that there were no gulls there.
We arrived pretty late in the evening, and jumped straight in to the opening event. On Saturday the weather was quite bad - very cold and blistering NW winds. In the morning I co-led a short walk to Kilnsea Wetlands, that was nice without real highs. Quite many Mediterranean Gulls, and one Whinchat was the only true migrant passerine. Because of the exceptionally high tide large numbers of shorebirds flew low over our heads to roost in all directions - impressive 'murmurations'. 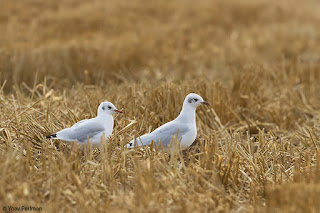 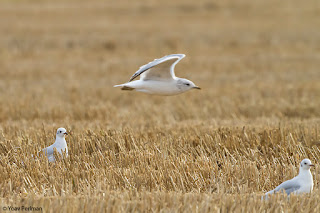 Then we went for a magical hour or so of seawatching - it produced Balearic Shearwater, 3 Sabine's Gulls, several Sooty and Manx Shearwaters, 2 Arctic Skuas and generally good stuff. In the afternoon went to track down some scarcities - there were 3 Barred Warblers around but I saw briefly only one. There were a couple of Red-backed Shrikes around, and a few drift migrants - Spotted and Pied Flys, Lesser Whitehtroats etc. 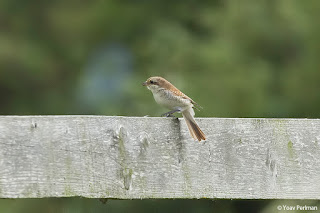 Rather spotless Spotted Flycatcher - it chose such a beautiful perch 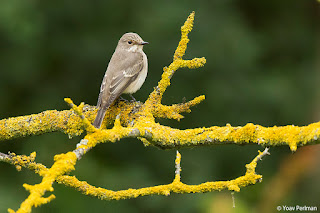 In the evening I gave a talk about how fantastic birding in Israel is - I really enjoyed the evening and hope I enthused some people to come birding in Israel. It wasn't difficult because Israel really is an amazing place for birding.
On Sunday the wind dropped and birding became quite pleasant. I spent the morning birding with MG around the Warren, checked the ringing, did some vis-migging, kicked the Triangle bushes and a few other bits and pieces.
Pied flycatcher - ringed by Spurn Bird Observatory 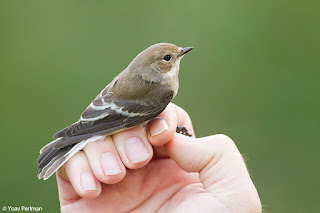 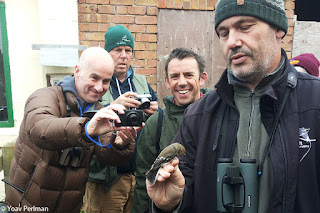 Around the Canal Scrape hide there were three young Yellow Wagtails. I think they are siblings, but note how different they look like. I guess these are two females and a male (the brighter bird). 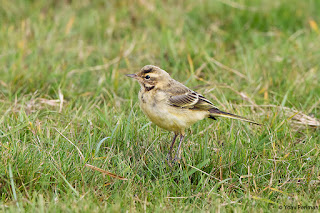 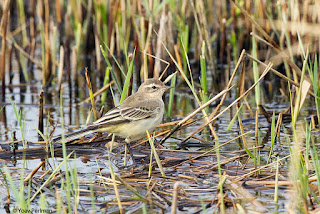 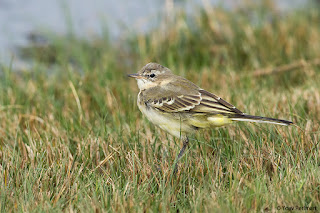 Before noon co-led another wader walk that was nice. There was a probable hybrid Med X Black-headed Gull - funny looking bird.
After lunch headed back home, exhausted but very pleased. It was a great event, brilliantly organized - the organizers and volunteers worked exceptionally hard to make sure all were happy. The birding was good, but for me what made Migfest so special is the people. Spurn attracts special people, and I was fortunate to spend time with old and new friends. Huge thanks to Martin, Rob and Andy who invited to to take part in the epic event. 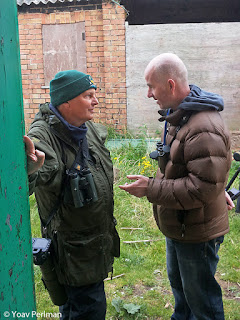 The Red Underwing went for a walk... 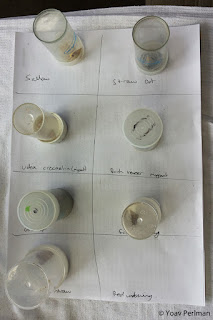