Nice day on East Hills today - another one of those sites I had heard so much about. Low tide was at midday so we were forced to a late start, which was a good excuse for us lazy and mildly hung-over birders not to make an early start. The weather was brilliant, too brilliant in fact - pretty strong easterly but sunny and warm, but no rain. We parked at Warham Green and had a look around - some migrants there, including 2 Pied Flys, Spotted Fly, Redstart and I also heard a Yellow-browed Warbler. Two Spoonbills were on the saltmarsh. We headed off towards East Hills and the walk was rather quiet, a few Wheatears and a Whinchat, and some Greenshanks in the creeks. East Hills themselves felt rather quiet, but eventually we picked up some migrants in OK numbers. Some of my UK friends called it a fall but it certainly didn't feel like one, birds were quite few and far between. Total migrant numbers were 10-12 Pied Flys, 20 Wheatear, 5 Redstart, 2 Spotted Flys, 1 Reed Warbler (sadly just an out-of-place Reed Warbler), which is alright I guess but not more than that. One Hobby flew over and on the way back I flushed two Short-eared Owls - they flew off with the wind directly into the sun, and all I managed was some distant record shots, but they were the highlight of the day. 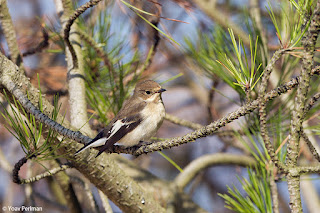 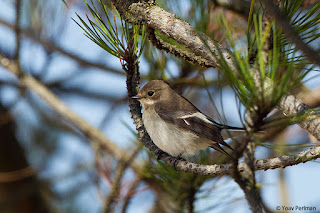 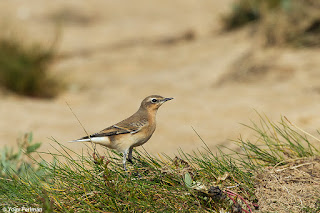 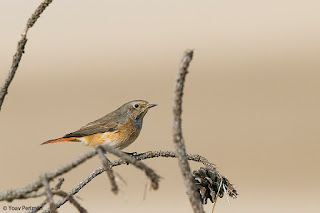 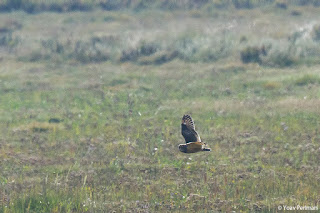 Many thanks to Keith, Reg and Dougal for the great company. 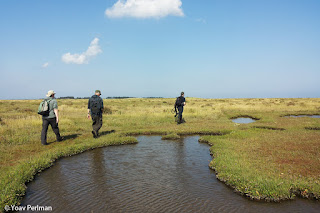