Wow, this was a long break. But today I finally managed to get myself out of Norwich, courtesy of Jake and Drew. We left early and headed first to Sheringham for a couple of hours of seawatching. **Lesson 1 in UK birding - if the weather is good (like it was today), lower your expectations.**
No wind resulted in, well, alright birding. Some movement of Red-throated Divers, Common Scoters, Guillemots, one Scaup, one Shag and a few other bits and pieces. Some divers swam rather close in: 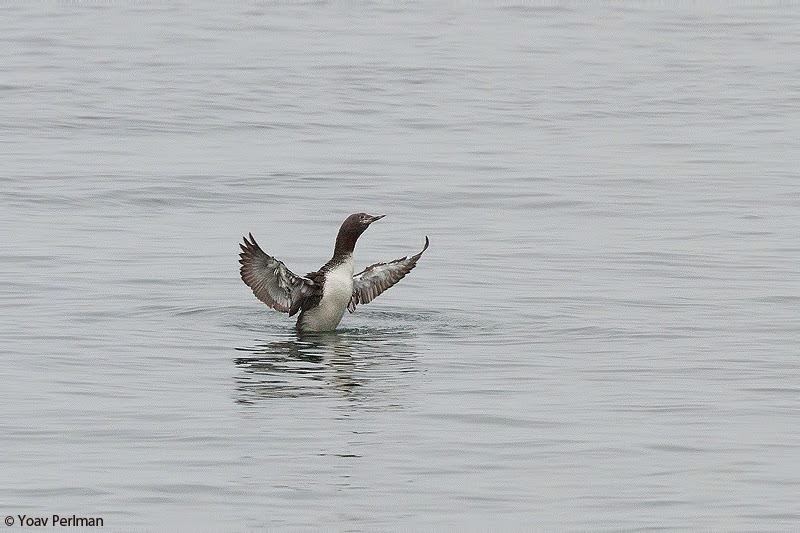 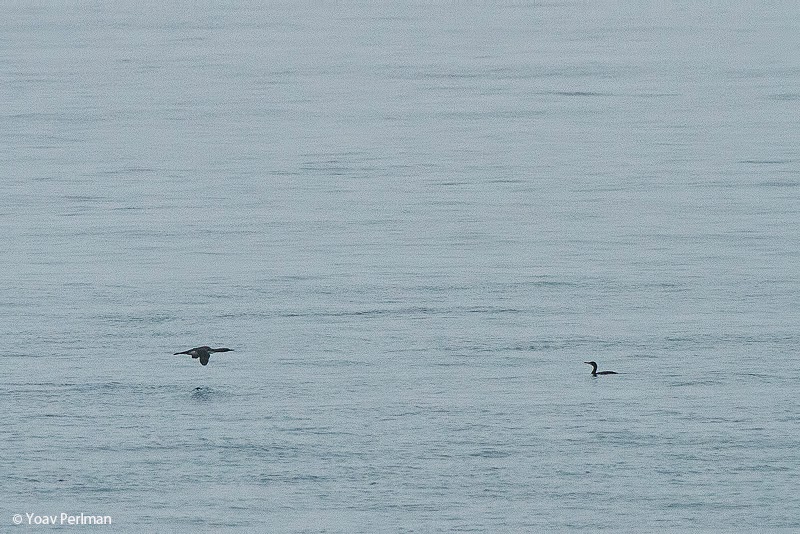 Then we moved on to Cromer. By the pier the long-staying Caspian Gull showed too well at times. It was associating with a Yellow-legged Gull, and most of the time they were both perched on top of Hotel de Paris. Caspian Gull looks a bit different here compared to the more Asian birds that reach Israel. Slightly more black on the wingtip (tiny black dot on P4) and bill shape not quite the same - a bit heavier. Note that now it's growing P8 to P10 so when it finishes growing them in a couple of weeks the wingtip will have even more white. 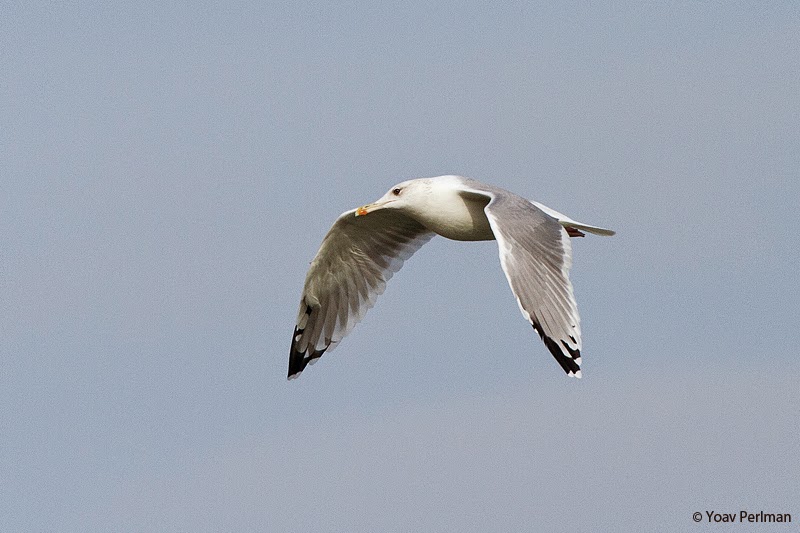 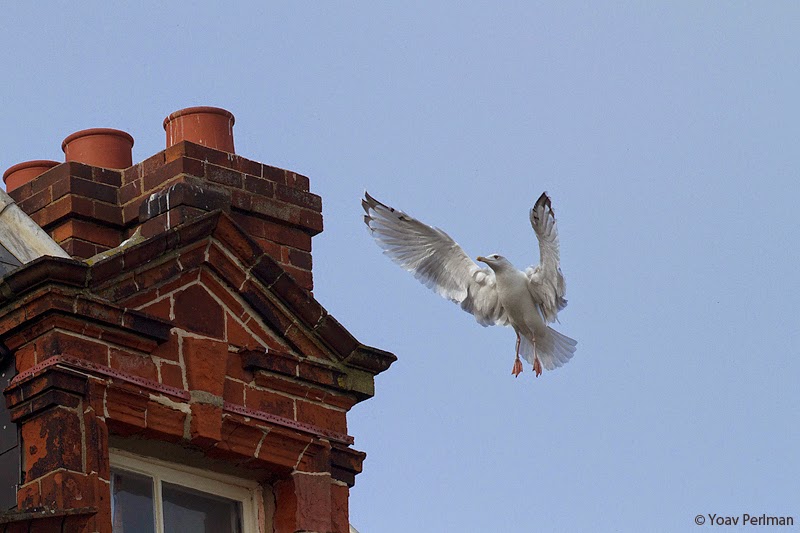 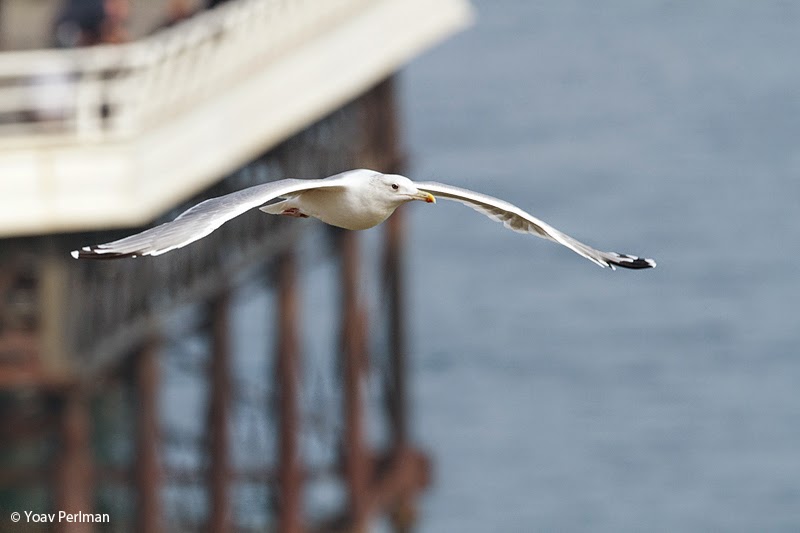 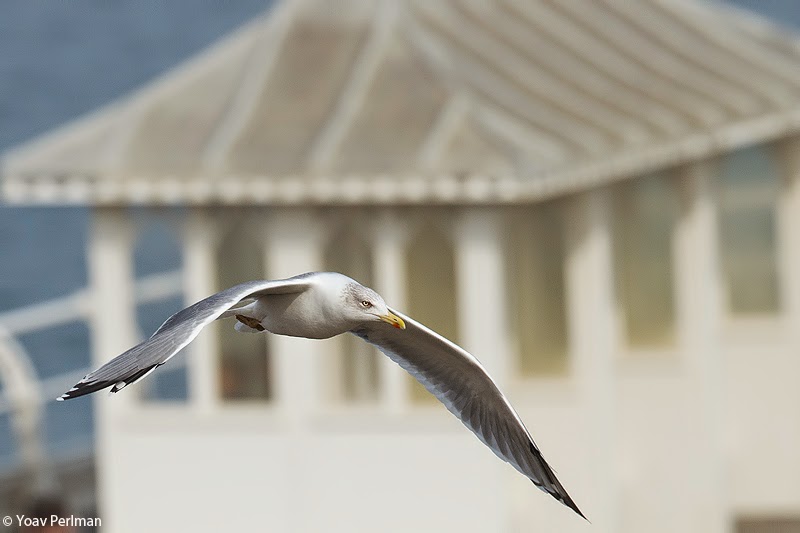 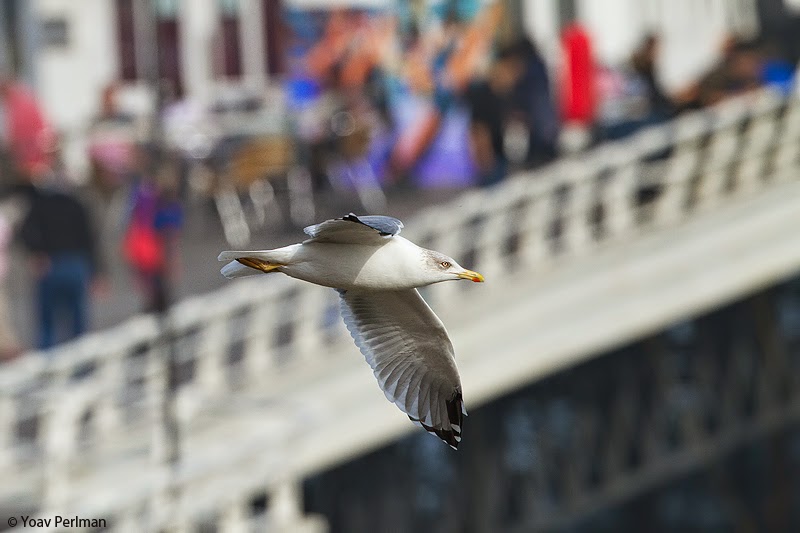 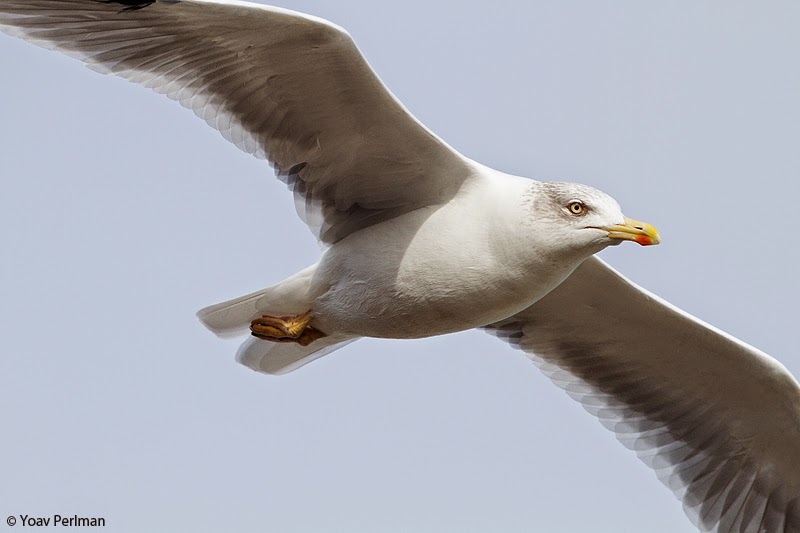 We spent the rest of the day at Stiffkey, which was really nice even though we didn't have anything special. Lots of birds both on the scrapes and on the mudflats.
**Lesson number 2: always carry a good rifle when birding to shoot down dog walkers.**
Some highlights included 3 Curlew Sands, 2 Green Sands, 4 Rock Pipits, Peregrine, 14 Spoonbills, 1 continental White Wagtail, 2 Whinchats. Not too shabby. 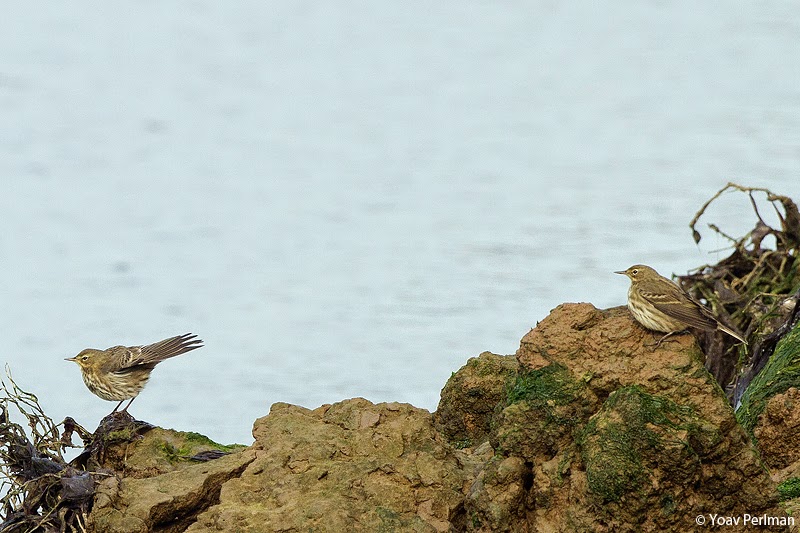 Thanks to Jake and Drew for the ride and company - it was a good day indeed.
פורסם על ידי Yoav Perlman ב- 12:29 AM