The resurrection of the alfalfa

A few months ago the alfalfa field near my house, that has produced so many good birds since I moved to this region a year ago, was turned over and destroyed. The few alfalfa fields  in my region are important habitats for migrants- they host lots of meadow / grassland species such as wagtails, larks and pipits. However, a new field was planted adjacent to the old field, and it started growing nicely. Previous visits were quiet, but this morning the field was just packed full with birds - that's the way it should be. At the moment the alfalfa is mixed with some wild cereals and weeds, and as a result a huge flock of about 800 Corn Buntings was feeding on the field. This concentration is very unusual for this time of year. Apart for the buntings lots of other birds - several hundreds of Yellow Wagtails and Greater Short-toed Larks each, feeding on the millions of caterpillars. On the sprinklers about 10 Whinchats and many Red-backe Shrikes and wheatears. Few Ortolans and Tree Pipits. Montagu's and Marsh Harrier and Levant Sparrowhawk cruising over the field flushing everything up in the air every several minutes. Quite a bonanza of birds on such a small field. Best birds were two Richard's Pipits - very flighty and difficult to photograph. 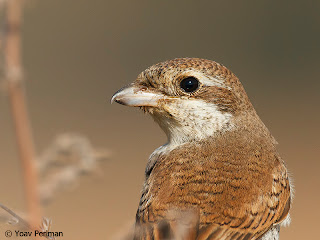 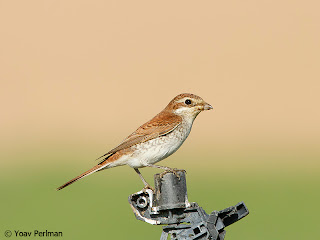 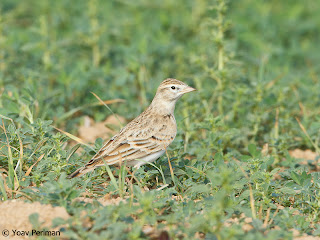 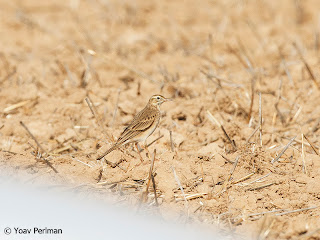 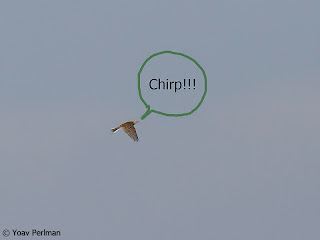