A week in the UK

Earlier this month I participated in the World Congress of BirdLife International in Cambridge, UK, celebrating 100 years of the most powerful conservation partnership in the world. I represented BirdLife Israel - Society for the Protection of Nature in Israel. It was a great celebration indeed, meeting so many friends, old and new, from all over the world. It is truly inspiring and empowering to feel a part of something so big, a giant, special, sometimes a bit crazy family, working together for nature and people. After several years of zoom meetings, it was awesome to meet people in person, actual people with legs and all.

The congress included a European Partnership Meeting, where important work was actually done, and included amazing displays of solidarity with our partners in Ukraine and Belarus (check this Youtube video). Then there was a Partnership Fair, like a mini BirdFair where each organisation could present their work. This is my stand, adjacent to MME/BirdLife Hungary and natur&ëmwelt/BirdLife Luxembourg: 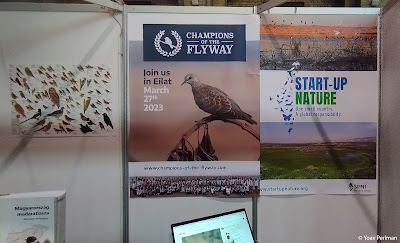 Something very weird happened during the Partnership Fair

I *think* I just arrived at the @BirdLife_News World Congress and watched Jarvis Cocker play two songs about birds but there's also every chance that this is a mad dream? pic.twitter.com/JalngpridP

Of course, I had to keep my checklist streak. In most days I walked around local sites, such as Stourbridge Common and Ditton Meadows. As expected, with the weather and location, there were very few migrants around, still enjoyed it. Tried to force a Reed Warbler into becoming a blyth's, without success. Nice to share that moment with my mate Simon from BTO, where banana posture just ain't good enough. 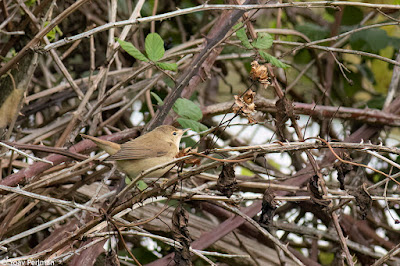 Had a good time with my mates from Cornell Lab, including an early morning visit to Fen Drayton Lakes RSPB, providing Cullen with quality life birds such as Eurasian Green Woodpecker and Common Kingfisher.

Then I headed over to Norwich for a long weekend of birding and birding friends. Two mornings were spent seawatching off Sheringham. The wind wasn't perfect but the sea was nice and rough, and I enjoyed birding with mates. There were many birds that I enjoyed, even some OK stuff - Cory's Shearwater, Sabine's Gull, Long-tailed Skuas. There were many skuas in general, divers, scoters - birding experiences that an Israeli like myself appreciates. And it was cold! I really enjoyed feeling cold after the scorching hot summer in Israel. 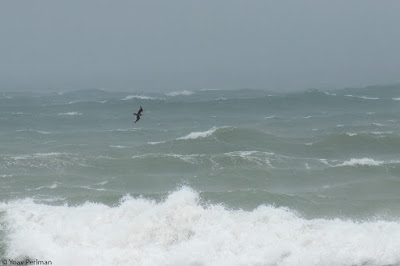 On my final morning went with Robin to Cantley Sugar Factory, which was alright. Many hirundines over the pits, some shorebirds, first Pink-footed Geese. Among the House Martins there were a couple of striking birds that the late Martin Garner would have enjoyed. Extreme Common House-Martins I guess. 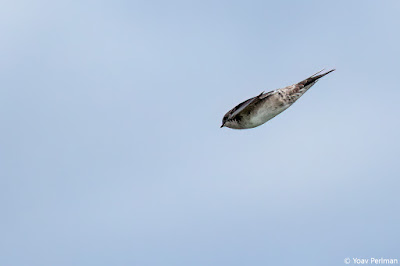 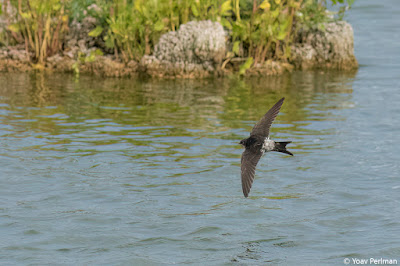 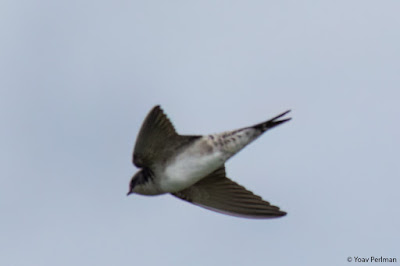 Not sure what’s more British? A large bunch of twitchers looking at a bird on a garden fence from point blank range or the lady turning her back on it and getting her knitting out! 😂🇬🇧 #wantagetwitch vs #wantageknit pic.twitter.com/oDOLqUopWH