T is for twitch, K is for kill

Today I went at last to pay respect to the Greater Yellowlegs at Titchfield Haven NNR. This bird has been there for several months now, and it waited for me with such patience - much appreciated. In the morning I dropped my in-laws at Luton Airport, but the drive from Luton to Titchfield was awful - horrendous traffic. Got there at about 14:00, and I was worried that if the bird gives me a run-around I might be pressed with time, but as soon as I entered the first hide (Meon Shire Hide) it showed very well, albeit at some distance. I walked up to Pumfrett Hide for better views, but soon after it flew towards Meon Shore Hide... It was very sleepy and spent most of its time dozing off in the warm sun. It preened a bit, and foraged a bit, but generally it didn't do much. It was very close and I enjoyed great views - much better than I had expected. Very cool bird, nice plumage and a welcome WP tick for me. 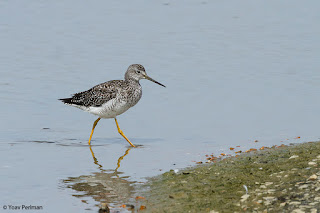 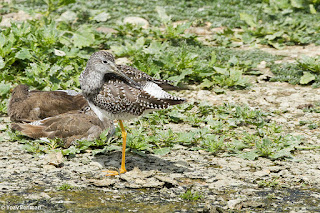 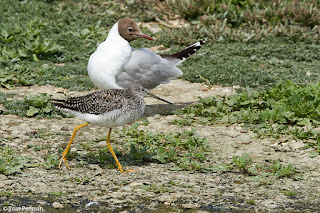 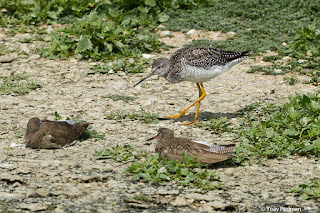 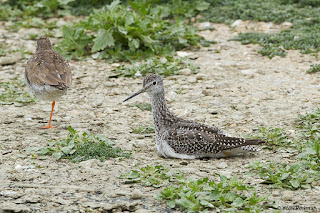 This image was taken with my phone through Swarovski ATX95, handheld: 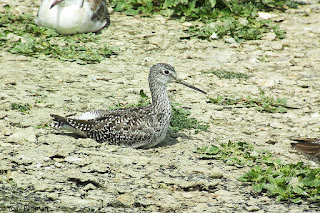 There were about 80 Black-tailed Godwits: 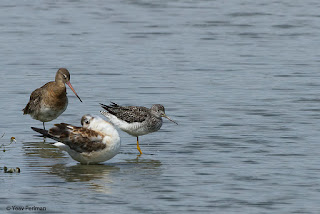 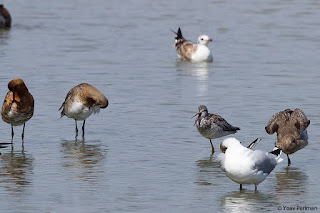 Terrible flight shot into the sun 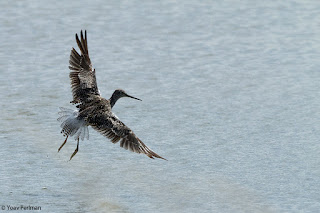 View from Meon Shore hide - the yellowlegs is sat on the nearest island: 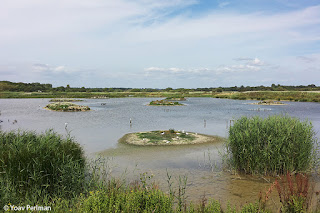 And a Bearded Tit was was in the nearest reed clump on the right...
There were about 15 adult Mediterranean Gulls on an island in the far end of the scrape, and a similar number of juveniles: 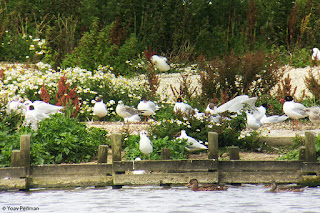 Only this juv got closer: 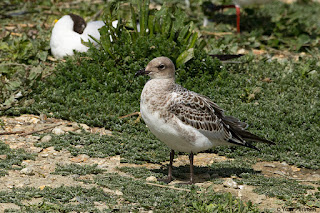 While waiting for the yellowlegs to wake up, a drama took place on the other side of the hide. A Lesser Black-backed Gull snatched a Mallard duckling out of the reeds, and flew with it into the water. There was a short battle as the duckling tried to get away: 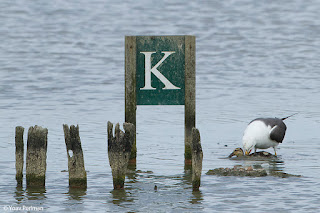 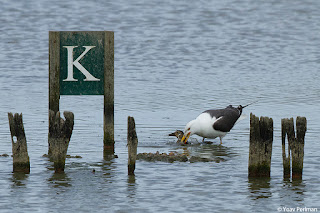 But the gull was obviously much more powerful and the battle was over very quickly: 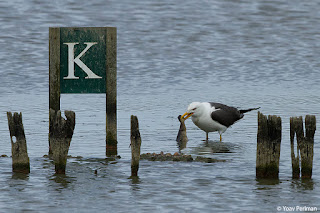 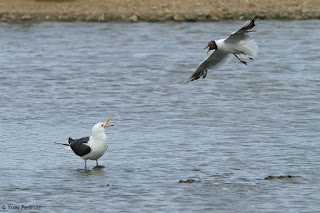