Got nice news today from Cyprus. Robin Snape, David Preece and their colleagues from North Cyprus Society for Protection of Birds and Nature (KUŞKOR) read a colour-ring on a Yellow-legged Gull. They traced it back to me and Amir Ben Dov - we ringed it as a chick in the colony breeding in the Tel Aviv University Zoological Gardens in May 2013. This image is by David Preece! 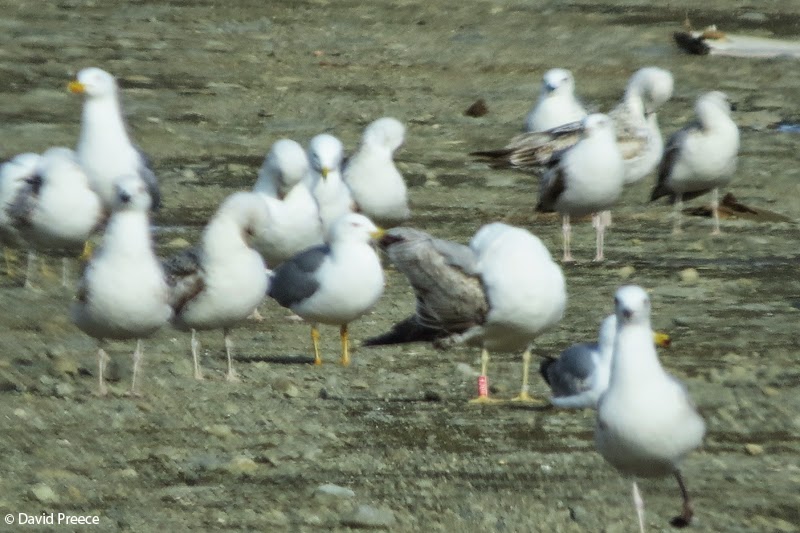 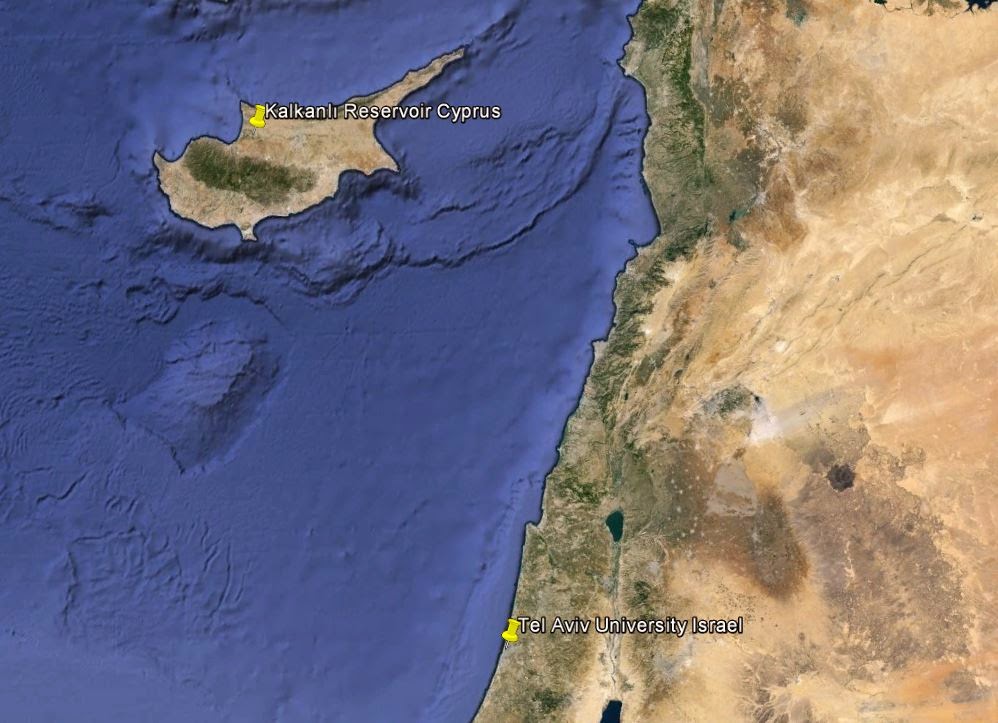 This is our first international recovery after four years of ringing Yellow-legged Gulls at this colony. Only 365 km away but still a significant piece of information. Gulls from this colony move around quite a bit in Israel, but until this one we knew nothing about their longer-distance movements. It's about time we stick some GPS tags on them.

I don't have images of the specific individual that was resighted in Cyprus, but this one below was ringed together on the same day, photographed in March 2014 when it was almost one year old: 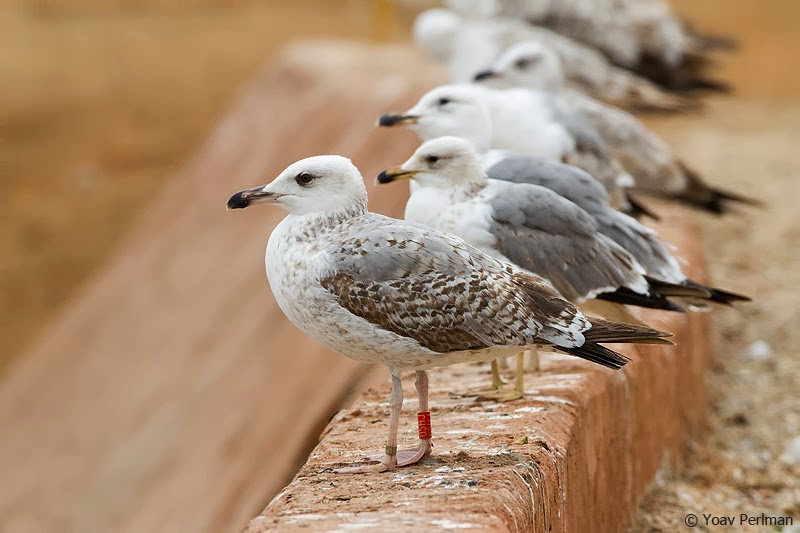 And this is how it should look like now, almost two years old: 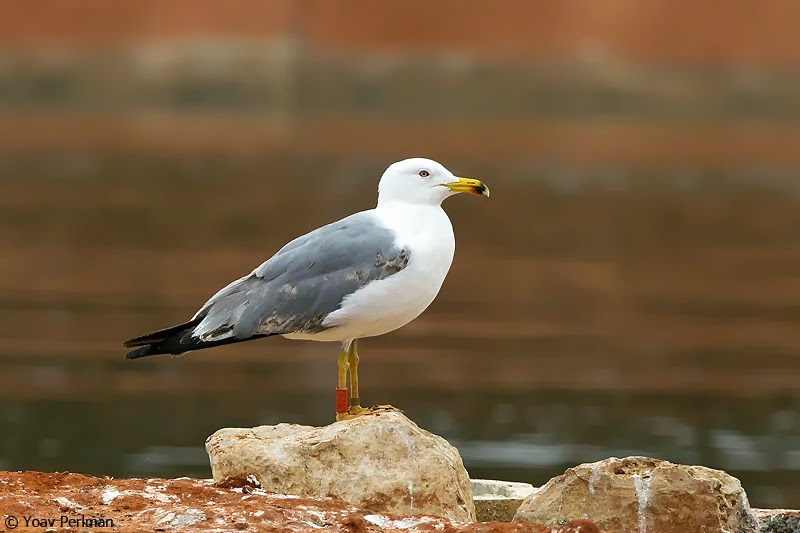 Nice walk around the UEA broad this morning with Drew. He found a Grasshopper Warbler reeling earlier on and I heard it as well when I arrived. Lots of singing Reed Warblers, Garden Warbler, several Willow Warblers and generally nice to be out.