Met up very early this morning with Graham, James and Nick and drove to West Yorkshire for a double-twitch. What I expected to be an easy day turned out to be rather challenging.
We arrived at Calder Trading Estate 5 minutes after a sparrowhawk had spooked the Blyth's Pipit and it flew far north and was lost in the distance. Sounded very bad. We searched for the bird in neighbouring fields for a while but nothing.
I have a long history with Blyth's Pipit. I saw tons in E Asia (even found the first for Thailand), but in the WP I had bad luck. I missed two in Israel while I was out of the country, dipped another in 2008, and I am sure I found another two but couldn't clinch - in October 2011 and March 2010. So today my name was already referenced as a potential jynx for Blyth's Pipit.
We decided to go and try for the Thayer's Gull at the landfill site at Ravensthorpe where it was found feeding yesterday. There were quite many gulls about but viewing conditions were bad and it was hard to see anything at all. I did manage to pick up an Iceland Gull - lifer for me in fact. Only rather brief flight views but I was pleased with it. But no sign of the thayer's. While we were there we got the news that the pipit had returned to its field. So we left the gull site and returned to Calder, where we quickly connected with the pipit, to our relief. It showed pretty well though it was pretty mobile today. A large crowd assembled today to see this long-stayer, numbers of visitors boosted by the nearby gull, and by some good photos that were taken yesterday of the pipit. I must admit that like in previous twitches, I felt uneasy about the behaviour of some twitchers. There was a lot of elbowing and shoving and pushing going on to try and get a bit closer to the bird that was not close enough for photography. As a result the bird kept being flushed time after time, and of course nobody got any decent photos (apart for Graham :-) ).
Nevertheless, it was good to study the bird, and especially to hear the calls. 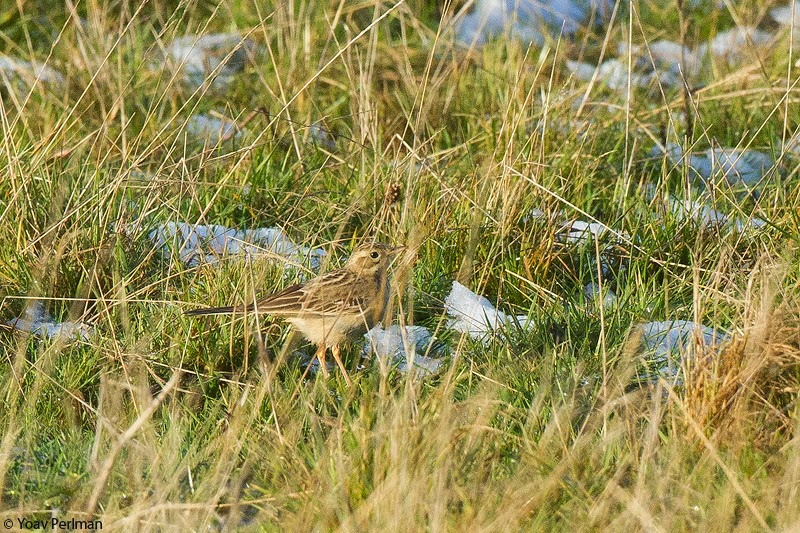 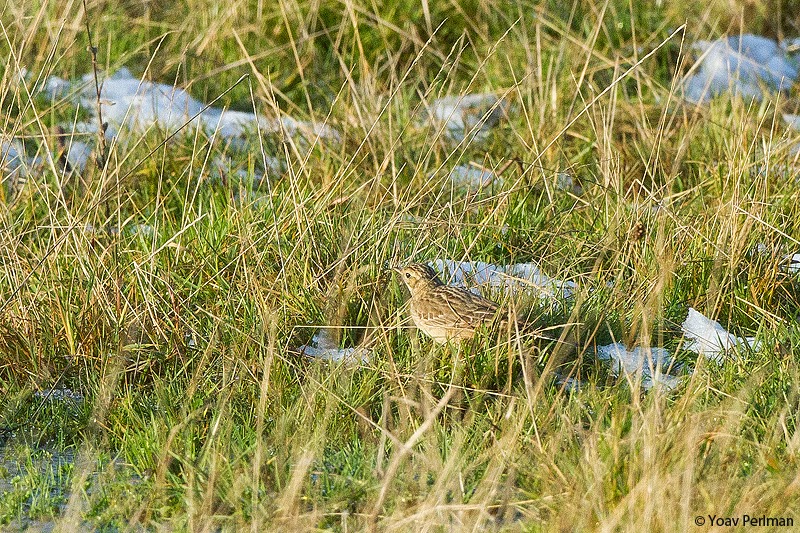 In the early afternoon we positioned ourselves at Pugney's Country Park hoping that the thayer's would return to roost there as it had done yesterday. But it did not show. Just before it was too dark to see anything an Iceland Gull appeared, probably the same bird from the morning.
This was my first top-class twitch in the UK, and it was good to connect some FB friendships with faces, and nice to meet some old friends.

Then it was the long way back home. Despite dipping on the thayer's, it was a very good day out with a lifer and a WP tick, and as usual loads of fun. Thanks to Graham for the driving etc.
פורסם על ידי Yoav Perlman ב- 2:02 AM