As good as it gets

Northerlies blowing here in Norfolk so I went out seawatching with Quentin at Cley this morning, and what a brilliant morning it was. We arrived (too) early and as soon as there was enough light to see somehting, we noticed that there are tons of birds out at sea. Pretty early I got on to the first Little Auk of the day going past west. Then we had another, and another... Lots of groups of two and threes. It was a pretty big day for Norfolk - we logged 66 until 12:00! The northerlies kept blowing all day and should blow all night too, so tomorrow there's a chance for even more - huge numbers in the NE today. What sweet birds they are! Few landed on the water close to shore, and a couple even flew inland - probably into Cley reserve... 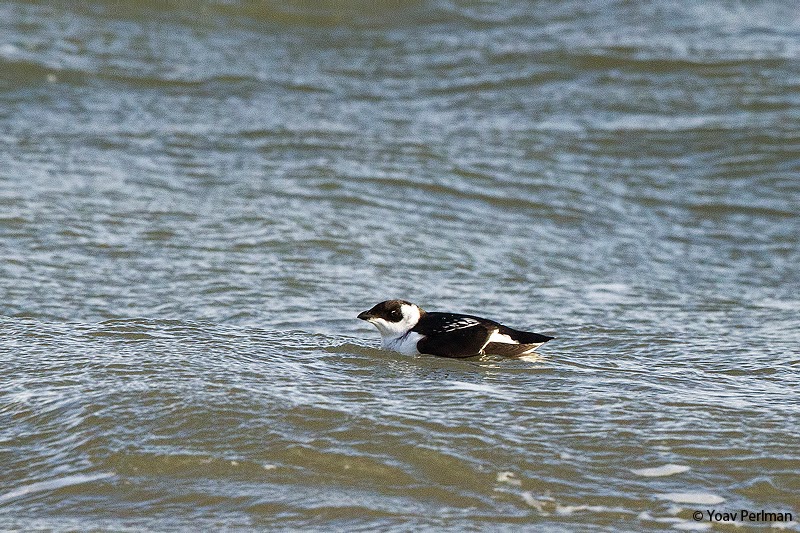 But most were seen in conditions similar to this: 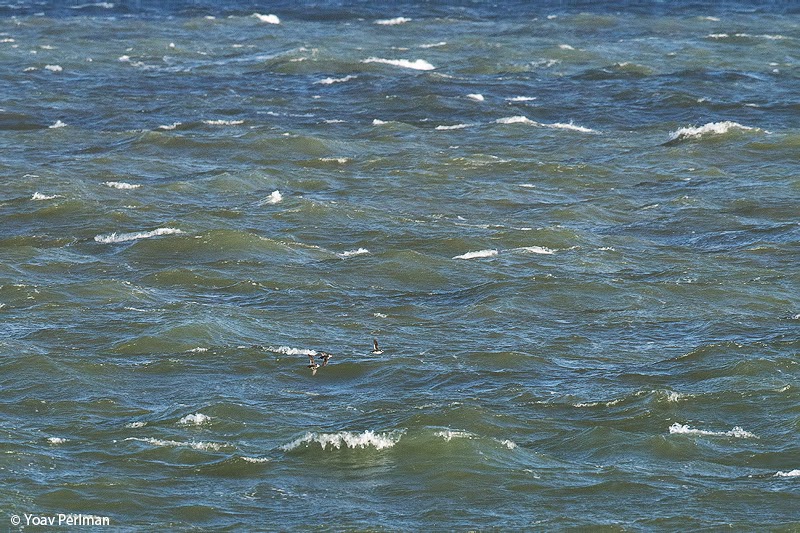 Until about 09:00 birds were going in both directions, but from then onwards there was heavy passage from west to east - constant stream of birds. Biggest numbers were Kittiwake (we estimated 1000 or more) and Gannet (about 800). Skuas never stopped passing through. Most were Great Skuas (250!) but a count of 80 Pomarine Skuas was impressive. 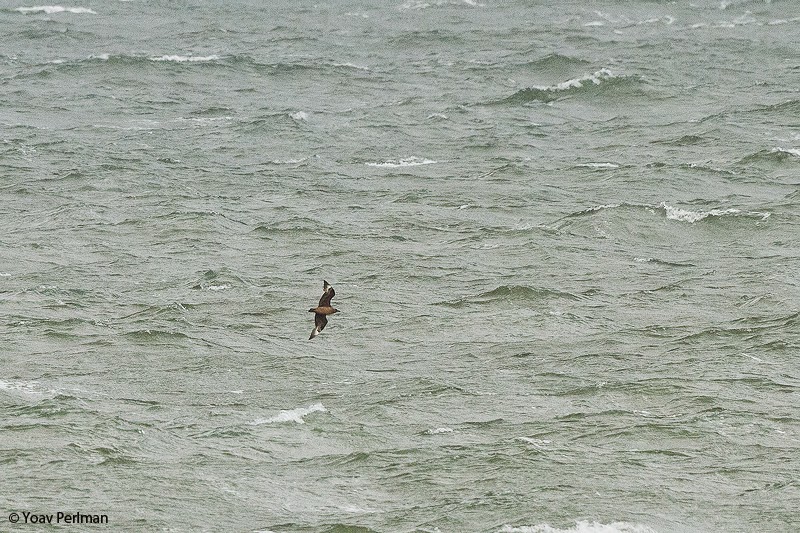 Pomarine Skua - dark 1cy. I managed to screw up all of my pom shots. 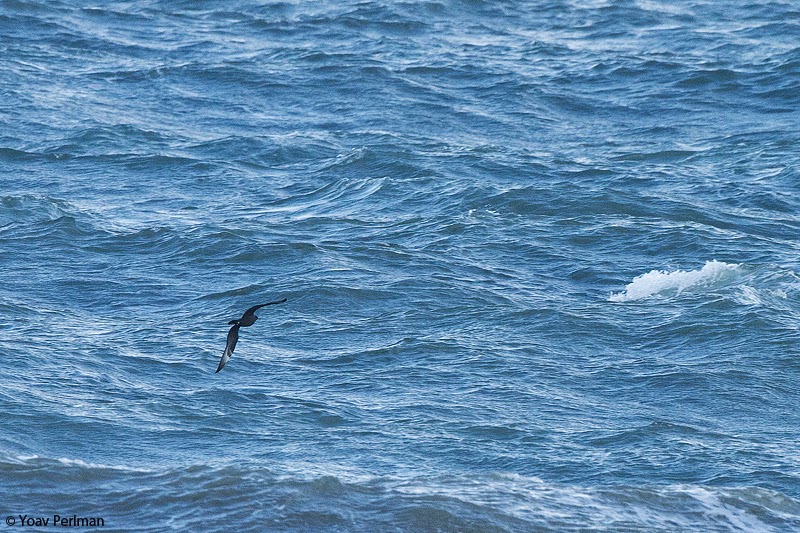 There were also 3-4 Arctic Skuas, and 1-2 probable long-tails but they were too distant. Little Gulls went through in big numbers mainly during the first couple of hours - we ended up with a total of 400! 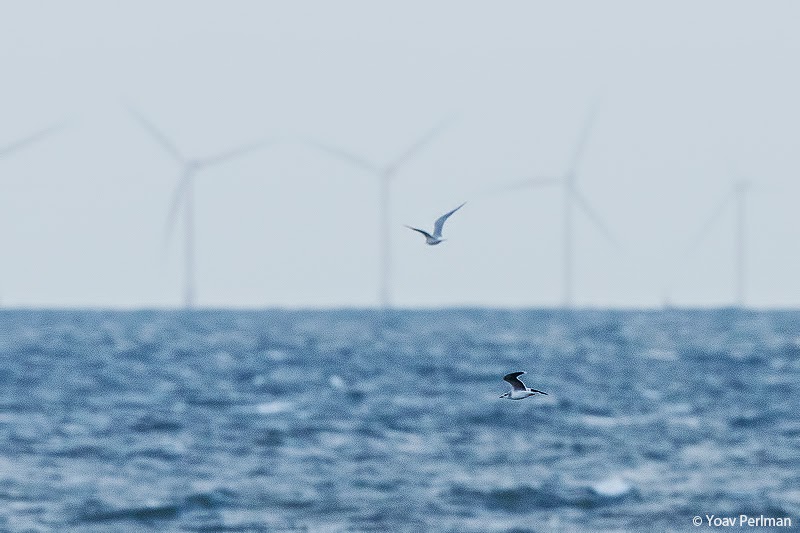 Other highlights included 1 Grey Phalarope, 2 Sooty and 4 Manx Shearwaters, 4 Med Gulls, 3 Black-throated Divers among the many red-throats, 7-8 Puffins among the hundreds of commoner auks, Shag, 4 Velvet Scoters and many other sea ducks - so much fun! 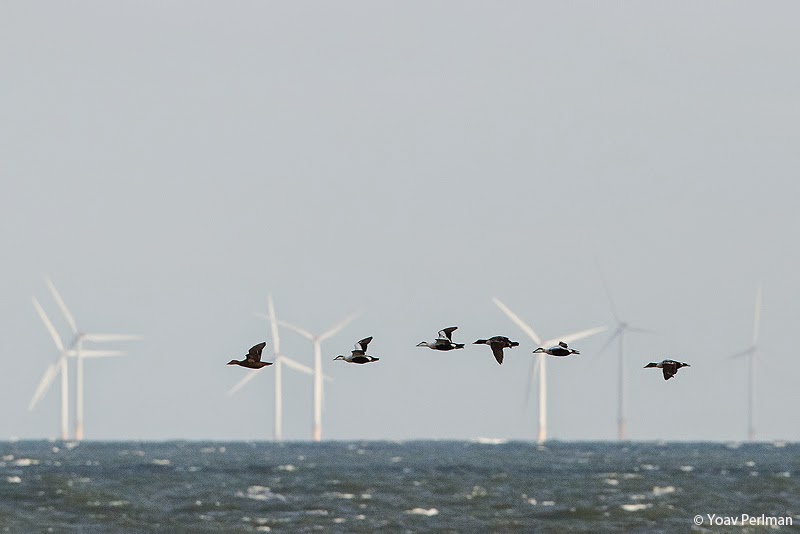 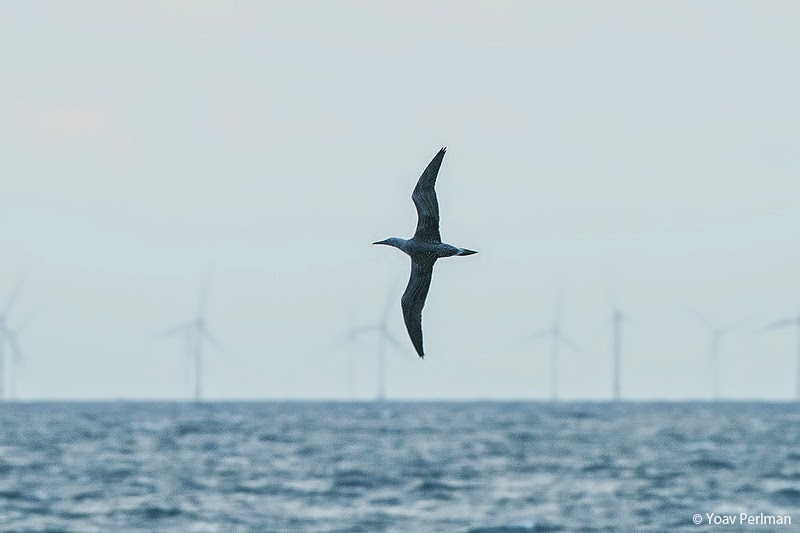 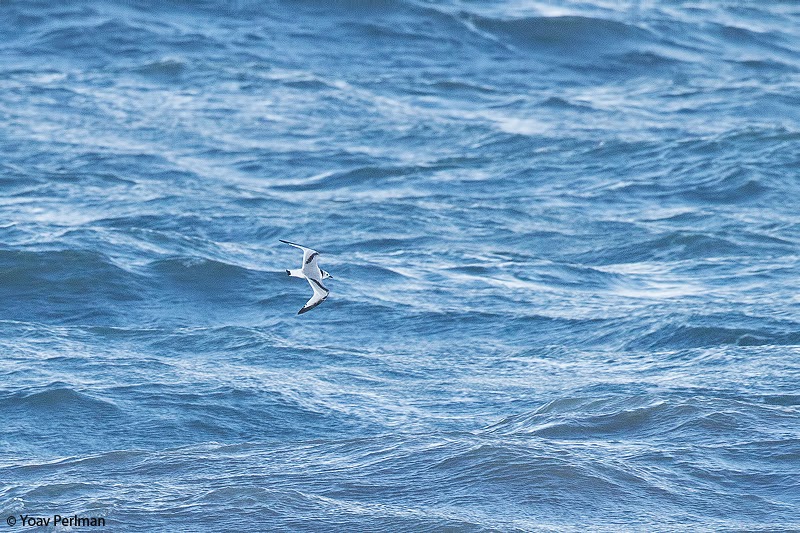 We were inside the Beach Hide so were relatively protected and conditions were pretty good today. Nice double rainbow just before we left - this is a result of bad panoramic shot I took with my phone:

Pretty surreal shot - Gannet and some Kittiwakes flying through the rainbow... 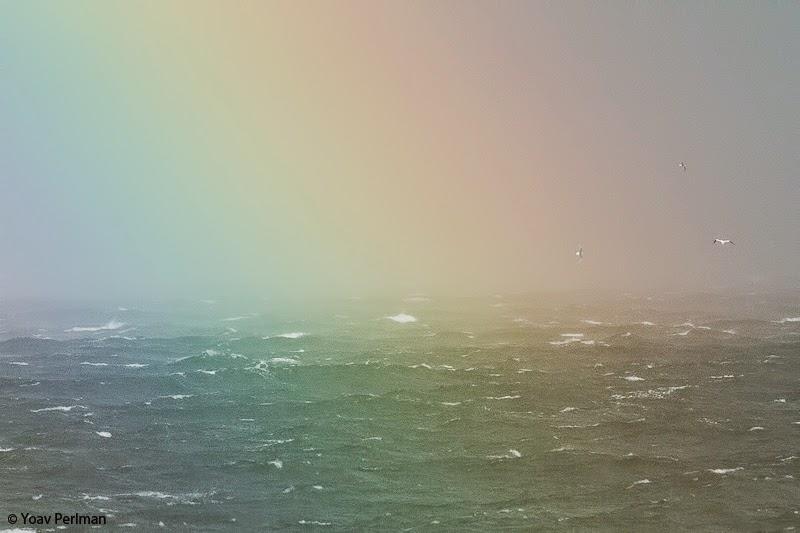 I have a confession - I had two lifers today! Can't remember when I last had two lifers in one day in the WP. They were Little Auk, and (embarrassing I know...) Great Skua. Somehow I managed to miss them in the past, despite spending many hours seawatching in the UK, Helgoland, Scandinavia etc.
Thanks to Quentin and all the other birders who shared with us this great morning.
פורסם על ידי Yoav Perlman ב- 11:51 PM